We Can’t Trust Technology Providers – Is It Time for a Code of Ethics?

In the day and age where data is king, users have now essentially become the product. Questionable actions by leading tech giants hit the news every other day – from Facebook spying on its users and selling data, to Apple admitting it degrades batteries on purpose to force upgrades – it seems users just cannot trust the companies that provide us with everyday technology. And yet in the age of consumerism, we keep going back to the same people who have shown us time and time again that they cannot be trusted.

While several countries have made efforts to protect their citizens from iniquitous data mining, privacy breaches and deceiving marketing, we’re still constantly being faced with a tremendous problem. So it got me thinking – how far back has this been happening? Technology is meant to make our lives better, but somewhere along the line someone decided it was okay for companies to take advantage of their consumers.

As a product manager, I wonder… do we need a code of ethics? How far is too far? Do we need someone to stop us and question our actions?

So I started my research and delved into the 1920s, where one could argue there was a pivotal change in science and medicine. We discovered insulin and penicillin (effectively extending our lifespan, yay humans!), radio broadcasts brought the world together, and Einstein was awarded the Nobel Prize for theoretical physics. All in all, a pretty solid era.

And then… well, then there was Thomas Midgley Jr.

Thomas Midgley Jr was an American mechanical and chemical engineer, described by environmental historian J.R. McNeill as having “had more impact on the atmosphere than any other single organism in Earth’s history”.

His first great contribution to humanity was an anti-knocking agent for cars. Back then, cars made a lot of noise and used to break down a whole lot, so Midgley decided it would be great if he came up with a chemical solution he could pour into the gasoline to help with the problem. (Of course, the better thing to do would’ve been to focus on the fact that maybe the engines needed to change… but again, he wanted to solutioneer his own way.)

And so he came up with iodine. Iodine worked really well, but it was way too expensive. His next fix came in the form of ethanol… but that was too easy and accessible.

What I forgot to mention was that Midgley had been employed to fix this little problem by none other than General Motors. And so he came up with the one solution that would make the company money: leaded gasoline.

It should be noted that even back then, the effects of leaded gasoline were known, with Midgley and hundreds of others falling ill and even dying throughout the testing phases. GM was forced to run studies to ensure that it was in fact “safe”.

Fast forward 50 years, we are all now suffering from the effects of carbon emissions from leaded gasoline cars. You know who to thank now.

Just like focusing on releasing tons of new features to keep people happy (or in this case, rich) Midgley moved on from the leaded gasoline project to solutioneering even more problems, cause that’s just what he did.

His second great contribution to our lives was Freon, a cooling agent for air conditioning and refrigeration units. Back then the chemicals used in refrigeration units tended to be a bit… explosive. This resulted in random combustion of units in public places, and that’s never a good thing.

Good ol’ chap that he was, Midgley actually came up with the solution in just a matter of days for Frigidaire, a brand new company GM had just acquired.

Now to his credit, Freon was a stable substance and resulted in that super-cool feeling you get when you walk into the mall. Yes, he did it! Thank your cold, cold beer and raise a glass to Midgley.

Except Freon eventually had other applications… such as aerosol sprays. For those Gen-Zs who don’t know this, we didn’t actually find out about the thinning of the ozone layer until 1985, almost 60 years after the invention of Freon. It was a whole thing back then, and a huge campaign arose to keep the ozone safe and stop using aerosols all together.

And so thanks to Midgley’s innate ability to fix things and having no one to question whether or not his solution was immoral, the world was left with the biggest environmental fall-out in history (that is, aside from the invention of plastic. You can thank Leo Hendrik Baekeland for that, but I really don’t think he did that one on purpose.)

I’d like to think we’re a little bit more conscious of our actions now, but so far the answer to that points to a big fat “no”. While the sale of our privacy and data may not result in an environmental disaster (at least I hope not) – we’re being pushed towards mindless consumerism. I’m as guilty as anyone else of buying things from ads and then sorely regretting buying a sub-par product. I knew better, but I still did it. I still fell into the consumerist trap, and my data was still fed so that yet another ad is served my way and I buy something else I will regret later.

Most importantly, I ask myself, how can we stop this cycle? And do we want to stop this cycle? Where do we draw the line between ethical advertising and exploitation? I don’t have the answers to these questions yet, but I’m not alone in thinking it’s time to start considering ethics in the products and services we offer. Product management is about solving problems, and yet sometimes, we end up creating some of them. 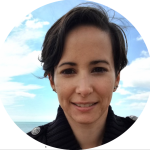