Product Experimentation Pitfalls and How to Avoid Them by Jon Noronha

Jon Noronha joined the product team for Microsoft’s Bing search engine in 2011 when the product, as he puts it, was “in a big hole”. As the years went by, however, that turned around, and in late 2015, Microsoft reported that Bing had become profitable. Jon and his colleagues at Microsoft attribute that growth to a change towards experimentation. As the then Microsoft GM of Analytics and Experimentation, Ronny Kohavi commented: “The growth of experimentation is the major reason Bing is profitable and its share of US desktop searches nearly tripled.”

Seeing the value of experimentation first-hand, Jon moved from Microsoft to experimentation platform Optimizely, where he is now director of product. Jon learned that though powerful, there are many things that can go wrong when applying this mindset to product. We were thrilled to have him join us at ProductTank San Francisco to share what he’s learned about the benefits of experimentation and how to avoid the common pitfalls that may lead you astray.

At first, Jon and team focused their experiments at Bing on driving more searches per user. The more time a user spends on your page the better, right? Not necessarily when you’re a search engine. After some tests around this metric, they figured out this was actually counter to what users really want and what the market leader (i.e. Google) was focusing on. Instead, they decided to try decreasing searches per session but increasing sessions per user. These metrics in tandem got the user to what they were looking for faster and meant they turned to Bing to get them what they needed.

Experimentation Pitfall #2: Getting Tricked by Statistics

Peeking at results too soon or getting fooled by false positives can mislead your direction. If you’re testing 20 variations with a 5% chance of a false positive, you need to consider that at least one result may be incorrect.

As Jon shared, experimentation is a valuable tool in the product managers’ tool kit, but there’s a lot to consider to make sure it’s implemented correctly. Iterate on your metrics, know your numbers and test! Check out Jon’s talk to hear more stories about product experimentation. He also has a great article on the topic here. 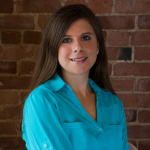 Megan is a Senior Product Manager with a background in advertising. She is currently working on audience and data products for global advertising agencies and their clients. As a Speaker Curator for ProductTank SF, Megan finds, interviews and hosts speakers at San Francisco ProductTank events. Megan believes in continued learning and emphasizes the importance of connecting with the product community.