Multi-armed bandit testing involves a statistical problem set-up. The most-used example takes a set of slot machines and a gambler who suspects one machine pays out more or more often than the others.  For every token, they need to decide which slot machine to use in order to maximise winnings from their budget.

This set-up was initially applied in the medical-pharmaceutical field. This was in order to allocate fixed budgets to a variety of research projects that show a high degree of uncertainty at the start, but a clearer outcome (or lack of it) as they progress.

Recently this problem set-up has been applied to A/B and MVT testing and it is becoming increasingly of interest to product managers and marketers that want to asses the impact of a given feature or campaign.

Our gambler doesn’t really know where to start in the early stages. He needs to explore all the different options and at the same time he has to maximise his profits, exploiting the best-performing slot machine. This is known as the exploration vs. exploitation trade-off:

During an exploration phase the gambler tries random levers to investigate which lever delivers the biggest reward, but at some point he also needs to use that knowledge to maximise his take-home money. There are different strategies to solve this problem, and while none of them is perfect, they provide decent results (approximately an 80-85% chance of selecting the optimal slot machine).

Here is an example of the simplest method to solve the problem:

Simply put, that means that once I select one arm, and for the next turn I have a 90% chance to exploit that arm again, and a 10% chance to explore new arms. Every time an arm is pulled, its reward will be recalculated.

Here are some other methods that are a bit more advanced:

What Does it Mean For Product Managers?

Every time we test a new feature, landing page or ad, we are taking a risk because we see the potential opportunity of a reward. The multi-armed bandit approach allows us to make sure we choose the best possible option while sending the minimum amount of traffic to the least-performing options. That sounds great! But hold on, there are a few other things to consider:

I’d like to make clear that I am not a data scientist and as far as I know this topic is still the subject of research, but these are my main learnings from hundreds of tests using the multi-armed bandit approach and more traditional set-ups:

I hope to have cleared up some of the doubts around this test set-up. If you have any questions or would like to share your experiences please leave a comment! 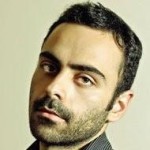 Product manager for Qubit's CXM platform, Davide works with the biggest retailers in UK, helping them to deliver the best experience for different visitor segments. Also co-founder of Zonino, a site that aggregates jobs posting directly from London startups websites. You can get in touch with him tweeting @davidescalzo

​​Product design practices to spur customer adoption in any industry

The most effective channels to gain customer feedback: Part 2

A case study: Creating a relay design sprint in a remote setting

One thought on “Multi-Armed Bandit Testing”

Privacy Policy   |  Terms and Conditions   |  Code of Conduct   |  FAQ
© 2011 - 2022 Mind the Product Ltd. All Rights Reserved. Mind the Product, ProductTank and the Venn Diagram Logomark are all registered trademarks.