In this ProductTank Manchester talk, Damian Hughes proposes that we should strive to create “commitment cultures”, as this kind of culture more often wins than other forms of culture. Damian roots the talk, and his book, on taking the lessons from a high-performing sports team – FC Barcelona – and applying them to business.

The types of culture within organisations can often be a lottery. Research from Baron & Hannan at Stanford suggests that broadly five kinds of culture can emerge:

Star: organisations recruit the most talented people, may pay them the most and then hope that cumulatively their efforts will be bigger than the sum of their parts. The evidence shows that when this works, it’s spectacular, but when it fails, it’s also likely to be spectacular.

Autocratic: organisations may be dominated by one powerful leader, sometimes the founder, who totally dominates what people do and how they behave. Without them the culture becomes dysfunctional.

Bureaucratic: organisations are run by middle management, often based on policy, procedures, rules and regulations.

Commitment: organisations who build a culture based on commitment, building an emotional tie between the organisation and employees, have far less likely to fail (see chart below from the Stanford research). Retention is higher at these organisations, too.

To achieve a culture of commitment, Damian identifies five key areas of focus, helpfully broken down into the acronym BARCA.

Any team wanting to create a commitment culture needs a really clear sense of why they do what they do, and they need to know what success looks like. The team needs to understand and acknowledge that it’s their behaviour that determines the culture, and therefore there needs to be a focus on behaviours.

Damian recommends that teams should agree on a maximum of three trademark behaviours that they’re committed to. Teams should ask themselves about the behaviours they’ve demonstrated in the past when being successful – success leaves clues – and then begin to base their culture around these behaviours.

When studying FC Barcelona, Damian discovered they had three simple, elegant behaviours; humility, hard work, and team first. If people do not buy into these behaviours, continuing to have them within the team will only adversely impact the culture, and it may be best if they removed themselves from the team. This is the FIFO effect – fit in, or f*** off. Under no circumstances should the team flex the rules no matter to accommodate people, no matter how talented they are. This could be related to Netflix, and its “don’t tolerate brilliant jerks” policy.

Teams are aware of the patterns of change within a successful commitment culture. They recognise things like Kanter’s Law; that change is always hardest in the middle. Damian suggests that teams can  immunise themselves from some of the negative effects of change through a simple exercise; the pre-mortem. List the benefits of the change you’re looking to implement, brainstorm all of the potential problems you’re likely to face along the way, and then list all the ways the team can manage those potential problems.

We need people to exhibit commitment culture behaviours, but in a world where we’re expected to make at least 10,000 decisions every day our brains often use mental shortcuts to help (defined by Damian as “Wildebeest Thinking”). If the behaviours aren’t ingrained and supported by other systems, we may fall down. The tip here is recurring, formative feedback. When providing feedback that is evidence-based, relevant, demonstrates consequence of actions, and the behaviour change needs, our Wildebeest Thinking can be adapted over time, and our behaviours may start to change.

Damian then recommends codifying these behaviours into keystone habits; things we can measure that demonstrate a behaviour. At Barcelona, this was a five-second rule to win the ball back once it was lost, demonstrating hard work and team first.

People can sometimes behave like pack animals and simply follow the actions of a leader. We follow what people do, not necessarily what they say.  Within any team we can see pack behaviour, where someone rises to become to alpha, the person who takes the lead. In product teams, this may often be the product manager, but not always. Leaders often subconsciously make decisions based on a sense of identity about both themselves and the group. It’s essential that we make sure the sense of identity our leaders portray and demonstrate is highly aligned with our commitment behaviours discussed earlier.

Businesses place a lot of emphasis on the cult of leadership, and the power of a single individual to lead, but those principles align to a star culture, not a commitment culture. Research shows that in sport, a head coach has no more than a 10% impact on performance, further reiterating that it isn’t all about a single leader (in product management, what’s our percentage impact on a team’s performance?). If we can only have a maximum 10% impact, we need to make sure we recruit the right people into organisations to maximise that 10% and create leaders across teams.

Damian uses Warren Buffett’s advice on recruiting; look for integrity, energy and intelligence, but never recruit anyone with just the last two; they’ll kill [your culture]. A leader without integrity is not a leader.

The creation of a commitment culture requires an investment of time, energy and understanding of how to make change happen. Changing culture is hard. But the results can be spectacular. 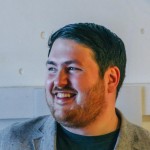 Adam is Head of Product at Co-op Digital, a Mind the Product Trainer, and Co-organiser of both ProductTank Manchester and the first ever MTP Engage Manchester conference. At Co-op Adam works with multidisciplinary digital teams to create world-class products and services. He specialises in product management, and has a fascination in behavioural economics and psychology, and how they influence the products we build and use.

How product managers should use competitive intelligence before launching a product

Moving from feature teams to product teams by Audrey Crane