What would you do as a Product Manager on Google+? My real gripe with the Product Vision behind Google+ is… it doesn’t appear to have one. Forget the criticisms of Google+ tactics – instead let’s take a look at their strategy and get constructive.

In order to make this worthwhile, we first have to reverse engineer what the goal of Google+ might be. I don’t work at Google and admittedly, I know nothing more than the average outsider but one could assume quite safely – regardless of whether the objective is social signals, data, or advertising – that the goal looks something like “own a major social network”.

I don’t think there is any problem with this goal – Google has a lot at stake to lose but also plenty to gain. It absolutely makes sense for them to attempt to create a data-rich, social communications platform. My issue lies with their strategy in reaching that objective.

This project really could be a product managers dream: heavenly amounts of resources, big ambitions, well-understood product dynamics, competitive gaps and some of the smartest people on the planet.

Instead, Google+ is a muddled collection of popular features from other social networks sprinkled with some new features based on pretty theoretical research. Google+ strikes me as a product trying to be everything to everyone.

So my question is – if you were the product manager on Google+ what would you do differently? What focus would you choose to make Google+ find its strong footing?

It appears that Google is asking “where should we be?” instead of “where can we add value?”

This is the mistake of many products.

The paradox is that the only answer to “where should we be?” is “where you can add value”. Nothing else.

By focusing on how Google can add value for people, they can build a product that users really want to use and in turn, the data and advertising opportunities will naturally arrive. By focusing on where Google wants to be but can’t add value will be an expensive misadventure.

Once you realise how to add new value, just focus on that until you get it right. That’s really the only guiding principle – in practice, this is years of ruthless experimentation, refinement and optimisations.

So what form should Google+ take to create new value?

Google doesn’t need to create a new social networking paradigm, they just need to take one of the existing communities and do it significantly better. So, what are their options?

Facebook does Facebook fine, overall it’s not too bad. Sure, it has its handful of issues. Maybe it could be 10% better, maybe more. But 50%-100% better? I don’t believe so, Facebook is already operating at the forefront of what consumers are comfortable with. Facebook also understands social mechanics and behaviour significantly better than Google. That’s not something Google can easily acquire, especially given the pending IPO acting like a magnet to Facebook staff.

Can Google make Twitter significantly better? Possibly. It’s a good culture fit for Google who tends to do well on functional, fast and reliable systems. It would take a long time to move such a committed community to a better product but with major product-smarts departing from Twitter, maybe more of a window will open. It’s not out of the question, but an acquisition is probably a better route than head-on competition.

Could Google make LinkedIn significantly better than LinkedIn? You bet they could.

LinkedIn isn’t about wasting time and attracting as many eyeballs as possible. It’s about being a utility, serving the best data and helping professionals get their job done. To me, that sounds right on par with Google’s operating philosophy and brand – Google as a brand speaks to me in a serious, trusting tone rather than a personal, fun brand.

LinkedIn evolves incredibly slowly and most professionals keep their LinkedIn contacts up to date, but really don’t know what else to do there. To me that shows interest, but no good purpose. One could also imagine that LinkedIn’s recent IPO probably isn’t going to speed up their product innovation or risk-taking.

Are you kidding me? Google Apps: Gmail, Google Calendar, Google Docs. Google Maps – businesses. Google News. Google Search – publishers. These would all benefit from being integrated into a professional social network.

That’s my plan, what’s yours?

I know there’s a lot of chatter about Google+ showing amazing growth out of the gates but I think most know that this is quite superficial data because of how they’re achieving it.

If for nothing other than your own mental exercise, perhaps a poaching from Google, or maybe even influencing what happens in the future – I’d love to hear what other product managers would do with Google+. 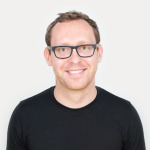 Sam spends his days drinking Aeropress'd coffee and scribbling interface designs, roadmaps and product ideas on scraps of paper. You can follow him on twitter at @smcllns. 6 thoughts on “What would you do as a Product Manager on Google+?”