Dating apps occupy a strange place in our world. We operate within people’s intimate lives and as a product team, we build exceptional expertise on attitudes towards dating, sex and connection. This means we carry great responsibility and are always aware of the decisions we make.

To us at Feeld, ethics have been something so integral to our work, that I dare say we don’t know how one could be not-ethical in their work. There are numerous considerations we constantly make in our work which will be difficult to list, so I’ll try to target some of the most common practices we challenge and do our way to stay ethical.

I can’t summarise all the worst things that happen in the industry, but this is probably one of the darkest. Despite not being common among new dating apps, it’s still a practice for some platforms to create fake accounts, usually of women, pretending to be interested in others and lead them to pay for features. Bots or actual employees can be behind these accounts. At Feeld we’d never even considered this and were shocked when we got disappointed feedback from a customer who accused us of populating the app with fake accounts. We don’t, we never have and never will.

To tackle this problem, we have employed different automated solutions to track and remove any third party fake users. In the case of any slipping through, we strongly encourage our customers to report them – we pride with a proactive and caring community.

The data a dating platform needs to function can be exceptionally valuable to advertisers. It makes sense – it relates to people’s deepest desires, their gender, sexual preferences and more. This is an example of a Feeld hardline stance against a highly common practice in the dating industry: it’s perfectly legal and widely adopted.

In Feeld we’ve never sold any data to advertisers. We never will. Advertising is essentially a revenue channel and we strongly believe there are ethical ways to make business by offering value to customers. A few months after launching, Feeld started offering paid products which showed us the way to grow by sustainably generating revenue. Right now, our revenue comes from voluntary subscriptions to our Majestic membership and from special features.

The Algorithm Isn’t Everything

Algorithms are considered the secret sauce of dating platforms. As with any technology to this day, matching algorithms are made by humans and are fed information coming from humans, so they can be full of bias, impulse and superficial judgement. Given dating app profiles are mostly based on photos, algorithms can become highly discriminatory, racist and a whole lot of -ist, recommending a type of profile to almost everyone as the ‘universally liked’ type, or giving a particular user no exposure to another because of their previous likes.

The reality is that people are the secret sauce of a dating app. We believe a matching technology should respect only basic filters and requests a customer makes (such as age range or gender) and provide people with the opportunity to browse and filter further based on Feeld-specific features (such as searching by Desires). We wouldn’t allow filters which can support any type of discrimination (race, height, weight etc), nor will it let the algorithm dictate people’s choices. As our community grows, our algorithm will need to too, but we always try to use it as a tool to support, not to direct one’s exploration.

This spans across software products as a whole. The modern trend of striving to prove market-fit and growth rather than profitability leads to goals such as ‘time spent on app’, ‘high user stickiness’ and the like. These are not bad metrics, but what they ultimately miss is the purpose of existing as a business. It transforms a product’s mission of ‘solving a customer problem effectively’ to ‘designing a product customers can’t put down’. We can see this with dating apps too — some are so gamified that the term ‘doomswiping‘ was recently coined.

In Feeld we strive to enable Connections and we constantly benchmark our retention goals to our own internal research on its ultimate rate to not try to compare ourselves to irrelevant products. Every time you have to work on something to increase time spent on app, consider why a customer needs to spend their time there and not elsewhere. Asking these questions is how we build ethically.

Most dating platforms are designed to serve male-identifying humans, in fact, this problem spans beyond the dating app industry throughout tech. They follow a male-centric approach to dating, focusing on providing a high quantity of profiles, setting barriers and paywalls to target male-specific behaviours. This design then needs layers to make it work for women-identifying humans, allowing them to take time, consider their options, explore further before they commit. This is not explicitly unethical, but it does follow from the previous point: it’s an approach to make the product win in a numbers game.

One of our key features in the app is to allow people to swipe without making a decision on someone, and go back anytime for free. We’ve found this is specifically popular amongst women who’d like to explore their options and think before they make an action such as engaging in creating a connection. As a practice, this technically leads to less connections as people are not forced to make a decision about every person they see. It also means less valuable data, as a ‘skip’ doesn’t really mean anything in the black and white world of data analysis. What it does, however, is give women (especially) and couples a piece of mind, helping them develop a relationship via their own personal journey.

How Do We Do It in Practice?

As I mentioned above, there are numerous considerations we make in our work to stay ethical. These are the top three we keep top of mind on a daily basis.

We talk openly, we talk a lot and we are autonomous. If it’s a question which is ultimately against our morals as a team, there’s no need for a discussion (such as when companies ask us to buy data).

Sometimes it can be tricky — we’re human and we make mistakes, so we have to be open to trying things out and discussing them in depth, even if they look wrong at a first glance.

Since we initially launched our subscription in 2016 we had always offered a 7-day free trial. In 2020 we organised a cross-functional team to work exclusively on improving our paid offering. We had dedicated a quarter on investigating and really questioning our subscription. Upon inspection and after a deeper analysis of the user journey of new subscribers, the team discovered that people only really see the full value of our paid offering after a week of using the app. By giving them a week-long trial, most signed up at the start of their journey and felt disappointed after the trial ended. A logical conclusion was to remove the trial altogether. We were torn.

Customers seemed to like having a trial, but we believed that removing it would lead to more long-term and committed subscribers as people would truly consider the offering and take their time to feel ready to engage with it. We set up a simple AB test to compare renewals and conversions of users who had and didn’t have a free trial available to them. It turned out that a no-trial option led to more renewals, despite the initial slight drop in subscriptions.

We continuously challenge each other on how we do things and ensure we maintain an open culture of questioning and debating. Feeld’s founder (and my partner in life) has always envisioned conducting business ethically as a ‘common sense’ thing which all companies should do. Our organisational culture promotes this — we have a company-wide commitment to the people who build in Feeld, so this care and awareness naturally extends to customers.

Building ethically is a unique journey for every team, but if you look at it as simply doing the right thing, it doesn’t have to be complicated. We don’t do it for any particular gains, but our own feeling of integrity and desire to leave a positive mark in people’s lives. In operating this way, we’ve seen steady, sustainable growth, extremely low employee turnover since our founding and we’ve built a strong community of users who sincerely trust and love us. This has led to our recent campaign of people openly expressing their belonging to the Feeld community in a recent campaign #FacesofFeeld. 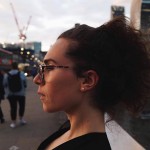 A product leader with a background in design and branding, Ana is deeply interested in human sexuality, technology and alternatives. As a leader, Ana believes in people, autonomy, context and considerate communication. Currently the CPO at Feeld, Ana loves leading and scaling teams in young companies, as well as establishing remote work practices and keeping spirits high at any growth stage.

A guide to creating API Products