“The hallmark of successful scaling is knowing when to hit the brakes so you can scale faster later,” according to Bob Sutton, organizational behavior expert at Stanford’s School of Engineering.

I couldn’t agree more. Finding the right moment to enter the growth phase is crucial. Startups are quite vulnerable to focusing too much on scaling fast in terms of customers, employees, and revenue, while neglecting the equally important growth mindset and culture that is needed in order to prepare for successfully growing the company.

When I was Head of Product at siroop, the first open online-marketplace in Switzerland, I learned a lot about the challenges that come with products and companies at scale. Not only did we launch the marketplace from scratch within three months, but also decided to immediately start re-inventing and rebuilding it while growing the company at full speed from five to 200 employees within two years.

In this talk from MTP Engage in Hamburg 2018 I dive into some key learnings from the past three years. Here are just two of the learnings that can be found in the video of my talk:

1: You Gotta Love Fixing Something Broken

Despite being in the media spotlight from day one, we tried very hard to keep doing things that don’t scale. This requires that you don’t panic when things go south and that you de-scope even when you think you can no longer afford to do so. Or as Bob Sutton says: “Push until things crack, but not until they break.” Your team needs to be sworn in on this lean approach, otherwise you will lose a lot of energy along the way.

Anybody who has been involved in a relaunch project knows that is quite easy to get infected by a widespread disease called “featuritis”. Discussions tend to be driven by the stakeholders’ fear of having to give up anything that has been built so far. At siroop, after painfully experiencing this phenomenon we eventually agreed on a set of metrics that would tell us when it was time to switch to the new platform – no matter what scope had been built at that point in time. In the video, you will find our launch KPI set as well as some more insights into how we managed both shops in parallel over the course of several months.

Let me end with one of the most important lessons I learned from this past project: Bootstrapping is so much easier when you don’t have any money to spend. If you are really well-funded from day one, staying lean is a huge challenge. 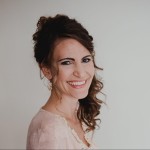 Tanja is an entrepreneur, product leader and working mum based in Switzerland. She is passionate about coaching product teams and devoted to building responsive and customer-driven organizations. Among her many pet projects are the ProductTanks in Zurich and Bern which she founded in 2017. Like Alice in Wonderland, Tanja usually thinks of "as many as six impossible things before breakfast" and can't go one day without eating chocolate.