When the Product Backlog Runs Out

You’ve got sprint planning coming up and, looking at your backlog, you see that there is nothing ready for the team to work on.

I have talked to quite a few product people about this and no matter how experienced they were, all of them told me that this is a situation they’ve encountered at one point or another. I remember the first time this happened to me I kind of freaked out, blamed myself, and scrambled to put some specs together so we could go back to smooth sailing.

Until the same thing happened a few months later.

As with everything else that goes wrong, a postmortem is a good idea so that you can pause and explore the possible causes of this situation. Luckily in this case there aren’t that many:

So let’s look at them in more detail so that you can better identify next steps.

Your backlog is too light

It’s always good to check right away if the problem is you. There’s nothing wrong with being honest with yourself about getting caught off guard and simply not creating enough user stories for the team to work on. Sick time, vacations, busy work, procrastination – the reasons for this could be many, but I would argue that, while unpleasant to admit to, this is by far the easiest cause to deal with.

What can you do about this?

This can be a tough one. You thought another engineering team was going to take care of a project and eliminate a dependency but they hit on some tech debt and scope doubled. Or maybe the design team was going to deliver final mocks but they’re running a few days behind. The partnership that was already signed still got stuck in legal and you didn’t get that API access you needed.

You know how in the examples above it’s all due to delays from other folks? Well, I hate to say it, but this is still on you. Sure, they didn’t finish their work or make things available for you to pick up and run with, but why are you finding out about this just now? Were potential delays accounted for? Let’s make sure we do everything to prevent this from happening.

What can you do about this?

This one can be a sledge hammer. You had your nice and pretty backlog all groomed with prepared specs, and then you get a note from up above that says “Next quarter we’re doing this other thing.” Ouch. I guess they really took that agile thing to heart.

There could be a few things going on here, one of which is really, really good and the other really, really bad:
A) You company leaders understand that every business is constantly evolving and has to stay ahead of the curve by adjusting strategy.
B) The people making decisions are being too reactionary and are not focused enough on the long term company goals.

The scary part about this is that the solution to these is the same:

What can you do about this?
Talk to your leaders. You need to understand why things are being switched up and what’s driving the decisions of people who are setting the course for the product. Best case, there is a well thought-out decision about where the company should be moving, and there needs to be some work done on better communicating that to the product team, giving them time to prepare in advance.

If the worse scenario is in play, the conversation has to be about ensuring that the right calls are being made, and that the product team has enough influence on the decision making process so that it aligns with the product vision. How to deal with this can be a post of its own.

One more thing you can do

If these are bugs that are getting fixed, make sure they’re closely tied to pages/features you’re about to update and improve. Don’t work on fixing things you might be drastically changing depending on the outcome of a planned A/B test.

Paying down debt? Make sure these are areas that you’re planning on building on top of and you can really use code getting cleaned up for faster development or better performance. Don’t spend time refactoring portions of your product you’re not planning on touching for more than a couple quarters. Unless it’s a part of your long term vision, it’s usually a sunk cost rarely recovered as product continues evolving.

As you can see, the availability of things for the team to work on is very much in your hands. Always remember that it’s perfectly fine to find yourself in this situation, but also make sure that you understand the cause, which in turn will allow you to learn more about yourself, your company, or your process.

It’s almost certain that quite often you will hear your team say that they don’t know what to work on next, so make sure to always have something in your back pocket, ready to go at a moment’s notice. This shouldn’t be too hard given that as product managers we always want to build more than the resources allow for, and if you follow some of the suggestions provided here, your backlog should become a full and healthy reflection of your preparedness and vision for the team to execute on.

Have you ever found yourself with an empty backlog? What caused it? 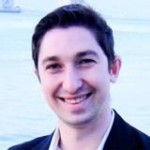 Serge Doubinski is a product manager who focuses on growth of consumer web and mobile applications. Previously at StubHub, Formspring and Tagged he blogs at I♥Product Management and advises companies on all things product management - tactical as well as organizational.

Being a Successful Product Manager From 5,000 Miles Away

If you Pretend Everything's Under Control Then it Will be