MTP Engage Hamburg 2018 was all About the People

Music fans know all about that old chestnut of the “difficult second album”, but it’s a cliche that contains some truth. You usually get a decent helping of goodwill on your first public outing as the producer of something you’re passionate about, and this makes it very hard to live a up to a strong debut. We had a “second album in the making” feeling many times while we prepared for our second MTP Engage Hamburg, so we were relieved at how well it all turned out – thanks to an amazing team, great speakers, sponsors, and a bit of luck.

MTP Engage is the smaller sister of the #mtpcon product conferences in London and San Francisco, and this year we had close to 400 people at the main event (25% more than last year). We put extra emphasis on providing great content and giving everyone plenty of opportunities to “engage” with their mostly regional community. Three examples of this:

Roughly every third attendee chose to spend the pre-conference day as part of a smaller group in one of the five workshop sessions on Stakeholder Management, Roadmapping, Product Management Foundations, Visual Thinking and User Story Mapping. The workshops contained many hands-on exercises that gave the participants the opportunity to learn about each other’s backgrounds and perspectives.

The night before the conference we put together eight different groups of product people and sent them out to some of our favourite Hamburg restaurants. We don’t know what they spoke about, but, as you can see above, the photos show us that they enjoyed themselves. And getting to know each other in the more relaxed environment of a dinner was a good basis for people to introduce these new contacts to their existing networks during the event.

After the first two keynotes, Daniel Goddemeyer and Dominikus Baur (shown above) ran a live data visualization of the serious and not-quite-so serious answers of over 200 attendees surveyed via a web app. Some rightly observed that the results of this live survey should not be overinterpreted, but that was never the plan: instead we were happy to see the activity level in the room, the smiles and the curiosity on peoples’ faces – an ideal preparation for the first coffee break.

We were very happy with the content of the talks, from the international keynotes on broader topics to the sessions chosen from our Call-For-Sessions which mostly featured regional product people who shared learnings from their day-to-day work. All talks will be published here on Mind the Product over the next few weeks. One recurring theme was the notion that as product managers we should care more about people than about frameworks, tools, and methods. I wholeheartedly agree with this view, and it was great to discover this clear focus on people resonated with everyone else at the conference.

Looking forward, we face a challenge that Tim Leberecht has neatly named “The Beauty of the Things that Don’t Scale”. We were overwhelmed by the demand for MTP Engage (manifested by our full house and long waiting list) and would love to give more people the opportunity to be part of it, but at the same time we want to keep MTP Engage as personal as possible. Luckily we still have a bit of time to figure out how we do this, but be assured that we already have some great ideas! See you next year!

Photos from the Workshops and the Conference.

What a great vibe and learning opportunities today at #MTPEngage!

Thanks to @MTPEngage @loomista @ArneKittler & crew for another epic #mtpengage – always awesome to see our global community come together locally and geek out about #prodmgmt! pic.twitter.com/io23udCrkI

It was a real honor presenting at #MTPEngage ! Heading to Munich for a public class, and for Agile Munich: https://t.co/Z8W5OdfdEL https://t.co/c1ODEgQUWQ 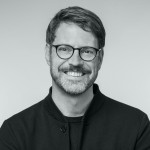 What we learned at #mtpEngage Hamburg 2022

Bring the JOY back to work by Ben Newell