Leadership and how a Product Manager has to ‘manage’

I recently left my first job as a product manager and reflecting on what happened led me to a lesson which I thought was worth sharing.

I was frustrated with my job and rather than fighting on, I gave up to go somewhere else that promised less frustration. I’m not afraid to admit I gave up because sometimes, it’s absolutely the right thing to do and it was upon reflection – a.k.a. justifying that decision to myself – that I realised I shouldn’t have let myself feel like a victim of the environment I’d been working in. I felt like I wasn’t making a difference anymore and I should have taken a lot more of the blame for that than I did.

Martin Eriksson’s diagram – recreated in the Mind the Product logo – is a very elegant summary of what a product manager is but I think there should be a fourth circle—leadership.

A product manager is the purest kind of leader because we tend not to be anyone’s line manager. No one follows you because they have to: you have to persuade them to follow you. It’s your duty as a product manager not just to work out what the correct decisions are, but also to demonstrate to everyone on your team that it’s the correct decision and get them to buy into it.

As Tom Loosemore demonstrated when he spoke at #MTPCon in 2012, the BBC iPlayer happened because he was brave enough to build a prototype that proved the idea without getting it signed off first. It was built for not a lot more than £2,000 because that was the most he could spend without having to get approval. If the first thing he had done was to ask for the full amount it eventually cost, it would have never happened.

In his book, ‘The score takes care of itself’, Bill Walsh (NFL coach) put it as, “leadership isn’t about walking into a room and shouting I’m the boss!” Leadership isn’t a job title, always having the final say or always coming up with the best ideas. It’s not about being told you’re in charge; it’s about taking charge—which sounds aggressive but I have to qualify, taking charge isn’t barking orders; it’s something much more subtle. It’s the courage to put forward a plan before anyone else does and the humility to take the blame when it goes wrong.

England rugby had one captain in 2003 but Neil Back, Will Greenwood, Jonny Wilkinson, Matt Dawson, Jason Leonard, Lawrence Dallaglio and many others all shared the responsibility of driving the team forward to success.

Leadership is about owning what you do and if you are the hand-washing, “I’m not empowered to make any decisions”-type I became, you’re simply not doing all of the job you are paid to do. Managing the ‘HiPPOs’ in our lives and stopping them from causing disruption is an essential skill for any product manager. Agile has tools to manage that disruption, so if you are a product manager, you should regularly reach into your toolkit to use them.

Crimson tide would have been a post-apocalyptic disaster movie rather than a ‘tense thriller’  if Denzel Washington’s character had wavered and agreed to launch his submarine’s payload of ICBMs, “because the captain’s in charge, he told me what to do so if it goes wrong, it’s his fault.” That’s not to say it’s about being obstinate because you should always be looking out for signs that you might be wrong. You can only ever work with the information you have.

Leadership requires conviction that you are right and defending your position—while still being able to change your viewpoint if you’re presented with new data or a new perspective. It isn’t about being a know-it-all and in fact, ignorance can be an asset when it allows you to assess a situation objectively. Why did Apple come up with the iPhone when Nokia was making the N85 and Palm were making the Treo?

A good leader makes the most of the resources they have at hand so if people can make decisions that affect the product but aren’t technology experts, it’s your duty to educate them. If your team doesn’t have all the skills you think are needed, find the ones who have the potential to grow those skills and help them do just that. Brad Pitt didn’t get an Oscar nomination in Moneyball for playing a coach who was at the bottom of the league because, “he didn’t have enough money to buy decent players.” He worked with the team he had – or ‘cast-offs’ as every other manager called them – to deliver a Hollywood ending.

Moaning is easy so the real value you can deliver is driving change when something doesn’t work. One’s job as a product manager is as much about the fun stuff – UX, prototyping, data analysis – as it is the more nuanced, challenging stuff that you don’t necessarily find in job descriptions. Getting along with people, taking the lead, motivating the team and influencing all the other people who might stop you from building good products.

It’s probably not a popular view, but the Democrats didn’t with the 1992/1993 election because of what they had to say about social justice; it was about Bill Clinton’s charisma and his management of the media.

In product, technical aptitude is the minimum price you have to pay to play, and the softer skills are what separate the good from the great. And I know this not because I have these skills but because I’ve had the good fortune to work with several brilliant people who do. I might never actually turn into my ideal of a product manager but it’s my responsibility to keep on trying.

In ‘An astronaut’s guide to life on earth‘, Chris Hadfield talks about space missions and, giving up genuinely “not being an option” when something goes wrong. He speaks of working  the problem until you run out of time and that’s exactly what I will do now that I’ve had this experience. Which has to be the right approach because after all, is there much point entering a race if you aren’t trying to win? 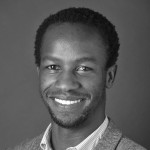 Simba is a product analyst at the fast-growing, London-based technology consultancy start-up AND Digital. He’s been a product manager in consumer media, academic publishing, fintech as well as retail and travel ecommerce.