In my experience, the three most common reasons that meetings are ineffective are because the agenda is flawed, they deteriorate into arguments, and/or they end without clarity as to next steps. Fortunately, the product teams I work with have creative solutions for each.

To enhance the agenda, meet before the meeting

It’s not enough to include an agenda in an email or calendar event details. To ensure a seamless meeting, Joe Lalley, Digital and Social Strategy Director at PwC, described on This is Product Management how he avoids blindsiding colleagues.

“What hasn’t been so successful is scheduling a meeting and asking people to react naturally to a set of research or proposals,” Lalley explains. Instead, he holds ‘meetings before the meeting’ with colleagues who are critical to the project, and gets feedback from them on an initial agenda. If he’s planning to present data to make an argument, he’ll create a quick video to introduce not just the findings, but also the methodology followed to acquire those findings.

“[It’s] a great way to scale the message…in a very short amount of time,” Lalley says. By socialising the agenda ahead of time, he’s found that meetings flow smoothly, rallying stakeholders around important initiatives they feel they’ve contributed to.

Discussion, and even some debate, can be a healthy way to flesh out ideas and perspectives. But it’s important to recognise that decisions shouldn’t be made by whoever makes their case the loudest. Product teams have the expertise to turn opinions into testable assumptions and finally into actual customer feedback and data.

Sunil Parekh, VP of product at Truveris, a specialist SaaS provider in the US pharma space, explains how he defuses internal debate quickly. When stakeholders were arguing about how to design a key feature in their award-winning OneRX app, Parekh transformed each opinion into a prototype. He funnelled target users to each prototype to observe their behaviour and stated reactions.

“From the results provided, it was clear that [one variant] enabled the majority of users to complete [the objectives] successfully,” Parekh says. “When we have data like this, internal debate stops. We have an objective measure of which version will be more effective.”

To decide on next steps, agree to disagree

Many product managers mistakenly believe that consensus is the objective of every meeting. The problem with that belief though is that consensus is often too unrealistic. Different stakeholders have competing priorities and aren’t necessarily incentivised to agree with each other.

To help facilitate healthy disagreement, Intel pioneered and Amazon adopted the practice of “disagree and commit”, where the goal of a decision-making meeting is not to reach consensus, but rather to achieve commitment.

When commitment is valued over consensus, stakeholders are more comfortable sharing their concerns, rather than keeping them to themselves — or even worse, sharing them with each other privately after the meeting adjourns.

One very specific way to practise “disagree and commit” is to interpret all silence as disagreement. In other words, if you suggest something to a group, and the group is silent, you might say: “I am taking that silence to mean that everybody in the room vehemently disagrees with me. Please share your disagreements.”

Product teams don’t need to begrudgingly participate in meetings with the expectation that they’ll be a waste of time. Of course, having too many meetings can get in the way of a productive work week. But with the above tips in mind, product managers can make meetings as great as once promised. 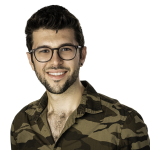 Nis Frome focuses on content and product for Alpha, an on-demand user insights platform for Fortune 500 product teams. He is the producer of This is Product Management and his articles have been published in Forbes, UX Mag, and The Next Web.