How Culture Add Changes the Conversation on Hiring

You might know the term culture fit. You might even use it day-to-day, but hiring for culture fit could be having a hugely detrimental effect on your product organization. You may be limiting your ability to meet customer needs because of an unconscious bias across your organization. It can happen in any team, even in teams with a commitment to diversity.

A few years ago, I recommended that we hire a designer I’d worked with at a previous job. We had completed a round of interviews and I wanted her to work on my team. I wasn’t part of her hiring process as we wanted to limit any bias I might bring to the table. What we didn’t expect was the way other biases crept in under the radar, using some shared values we hadn’t previously investigated.

I was included in the final review. That final review panel turned to a discussion on aptitude, skills, ability to ramp up. And then someone said: “She’s a little quiet, I’m just not sure that’s the right fit for how we work.” I paused and gathered my thoughts. I hadn’t expected that reaction. The candidate was a senior designer who’d managed teams in very difficult large-scale companies and managed to generate great results. So I asked: “What does the right fit mean exactly?”

Our ensuing discussion turned into a series of hesitations and uncertainties about details that had little impact on the job itself. It wasn’t because people in the room were bad; they had a shared value of “culture fit” that was working against their ability to see what the candidate could bring to the table. These biases can be dangerous because, as Daniel Kahneman says in Thinking Fast and Slow: “[We have] an almost unlimited ability to ignore our own ignorance.”

Why not Culture fit?

Where did culture fit come from anyway? According to the New York Times, culture fit was born in the 1980s. The idea was that if you hire employees whose personalities and values align, you’ll have more invested and more loyal employees.

For a time, culture fit helped companies to improve their bottom line. Southwest Airlines was able to align employees on providing a cheap, no-frills experience for customers by hiring people who bought into its vision of air travel.

Over time, culture fit morphed into something that was less about matchmaking colleagues to the business values and more about “team fit”, or “personal fit”. Hiring managers interviewed for the above piece in the New York Times demonstrated time and again that fit was being used to align the interviewers’ personal tastes. Matchmaking between employers and candidates has become matchmaking between individuals and their interviewers.

Lars Schmidt, a contributor for Forbes and writer on culture, recruiting, and the future of work has said: “A hiring process built around an undefined notion of ‘culture fit’ is fraught with bias.” You might know or have hired with some of these biased and subjective tests before. Things like the beer test the long-flight test and the close relationship test are all subjective and open to personal opinions instead of objective answers.

So why drop culture fit? One manifest reason is that it’s likely to make your teams more homogenous. Homogeneity in teams leads to out-of-touch decisions, as we’ve seen with Uber, Snapchat and Twitter.

Next, diverse teams get better outcomes. It’s a fact recorded by Northwestern University, McKinsey and Deloitte. Ethnically diverse companies are 35% more likely to outperform their peers, according to Deloitte. Why? Diversity specifically helps teams outperform homogeneous teams because of an improvement in information processing.

Product management is all about having the user voice represented frequently in the decision-making process. It means being inclusive of customer needs and opinions. A team that’s built for inclusion and diversity already has this mechanic built into it by being inclusive internally first. A team that focuses just on culture fit and homogeneity however, does not.

So what’s the alternative to hiring based on unconscious bias? I’ve learned that the best alternative to “culture fit,” is “culture add”. It has shaped decisions in several teams I’ve worked with, and has been a valuable way to shape hiring standards in companies I’ve consulted with. Culture add isn’t just semantics. It’s a value statement about deprogramming unconscious bias in our teams and removing the opportunity for bias to shape conversations and decisions about hiring.

So, what is culture add? I offer this simple definition: culture add means treating each candidate as capable of bringing something to the table, and working to uncover and clarify what that is for your team. This is important because it changes the conversation about hiring from gatekeeping to inclusive thinking. Your team is asked to look for things each candidate can bring into the existing culture, either as a way to build skills and experience on the team, or as a way to add new perspectives. Both are important to developing stronger product cultures.

Culture add means treating each candidate as capable of bringing something to the table, and working to uncover and clarify what that is for your team

If you’re in hiring, you should make changes today. As Mike Pena of Stanford University says: “Systemic issues around diversity that get ignored early on just might grow into deal-breakers that make a hot, young startup less attractive to potential suitors in the years ahead.” If you’ve decided you want to hire for culture add, that’s great! But where do you start? Culture, like everything else in the product experience, has to be designed. So, how might we hire for culture add?

First, you have to define your values. Both Shopify and Buffer have some great thoughts on this. Making sure that values are playing front and center in hiring conversations can help candidates to opt in to your culture, so you should make sure those values are in your job postings, on your website, and everywhere that candidates can interact with your hiring process. This means making sure they’re commonly held, obvious, and shaping the way people work. A great example of actionable principles held in common is Amazon’s Leadership Principles.

Second, creating formal processes for defining fit and add are important. Fit isn’t a bad word, it’s just not as important as we used to think it was. I like to introduce a few questions as part of the team debrief toolkit that help the conversation move away from unconscious bias to conscious inclusion. Here are a few questions to include in your next hiring discussion:

Finally, put some limits on how much “fit” of any kind can influence decisions in hiring. Set a standard and make it work for your team. It’s important to work with people who understand us, who want to achieve the same things as us, but fit left unattended can become a form of workplace discrimination. Define fit, and don’t let it be the sole decision factor in hiring a candidate. And be consistent – I have a standard script I use for every single candidate. It may evolve, but only after a cohort has been through a round of interviews. Controlling the opportunities for subjective interaction is crucial. After all, unstructured interviews are a very poor predictor of job performance.

Building a diverse organization that includes people is hard. It never happens organically. It takes deliberate effort and cultivation from leadership, and from you. Removing “culture fit” from your recruiting decisions as the make-or-break isn’t a silver bullet, but it will help you to grow your values in the right direction. Everyone has something to bring to the table, and if you shift the conversation in your hiring practice, you’ll find new value in places you didn’t know to look. 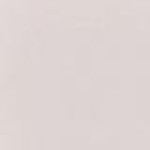 Eli Montgomery helps companies find their customers, meet those customers needs, and do it in a way that's viable for building businesses. He has worked for companies big and small on everything from network infrastructure to IoT and machine learning. Companies like AT&T, Amazon, and Pivotal have worked with Eli to advance their design, data science, and product management practices. He advocates for diversity in tech organizations and helps companies apply user centered design to internal processes and hiring. Eli is currently a product leader and Head of UX design at a London startup.

Why mistakes are key for product excellence

Demystification for product managers: The art of building common ground