A day in the Life of Jamie Parkins, Senior Product Manager at JustGiving

Jamie Parkins is a senior product manager at JustGiving, the online fundraising platform that enables people from all round the world to raise money for their cause of choice. It has been running for 17 years and has raised in excess of £3 billion to date.

Jamie has worked at JustGiving for seven years. He joined JustGiving after two years at Vzaar, a startup that focuses on video streaming. Prior to this he was at eBayUK.

The business has three types of user, – those that build fundraising pages, those that donate to the pages, and the charities or nonprofits that the money goes to. Jamie was brought into the company to improve the usability of its charity account and to establish features that would drive more charities to use the platform. He has been the product manager for this B2B audience.

He’s also overseen the building of JustGiving’s API, which has been used to generate over a million fundraising pages to date: “We took the decision to invest in our API to really enable anyone around the world to integrate with us and to build what we call ‘tech-for-good’ – and it worked!”

The joy of Giving

JustGiving is a privately backed company that reinvests all profits in the business. Charities pay 5% in the pound for the service but they see this fee reinvested in the form of R&D. Growth has been steady rather than explosive: “Whilst giving is a constant behaviour worldwide, we’ve always had to grow at a reasonably steady pace, in line with how people choose to support non-profits. But year-on-year we grow as more people come online and we develop more ways for people to give easily and securely.”

People are inherently altruistic, Jamie believes. As a species we like to “give”, whether it’s giving money, time, love, or simply moral support. “There have always been huge numbers of people donating cash to sponsor a friend or giving directly to charity through collection tins and direct debits – that’s been the traditional kind of fundraising over the last 30 years.”

This behaviour is slowly moving online and JustGiving has capitalised on this. He adds that the millennial generation wants to give online, quickly and easily, but doesn’t always have an affinity with the cause. Young people give to their peers because they want to support their friends, while the older generation is more likely to donate for a specific cause rather than to an acquaintance.

What the Books Don’t Tell you

When we spoke, Jamie had been about to ship a new product feature when the team discovered a data discrepancy: “That’s an absolute no-no,” he says. “A lot of product management content focuses on the final feature and assumes that everything went fine in testing. We have to be honest and admit that it’s not always the case.” In testing you discover situations and scenarios that you hadn’t expected or planned for, he says.

The team has to find a solution and fix the problem, “…it’s the unseen part of product management, it’s not particularly glamorous.” Jamie has seen how, at those moments, stakeholders can start losing faith and that, as a product manager, he has to manage the situation. “It’s where those soft skills around communication, empathy and managing expectations come into play – they really help. I’d love to see more articles that touch on that.”

He’d also like to hear more about is the balance between data analysis (quantitative) and product manager intuition (qualitative) as a means to measure a product’s success.  “As a product manager, I face a wealth of data, sometimes too much in order to clearly see the lay of the land.” JustGiving has a vast array of data – over 15 years’ worth of giving data funnelled through services like Google Analytics, Kinesis, Kissmetrics, HotJar – in addition to a myriad of surveys. “You’ve got all this incredible data but you need to navigate through it to land at the right means of measuring your particular feature. As a product manager I have to ask myself – have I picked the right path [for that feature]?”

He prefers to combine data and intuition: “As a product manager my role is know my customer well enough that I can look at a feature from their perspective. That means sometimes not being afraid to go with my instinct. That confidence comes from time in the role and the investment you put into knowing your customer. It can make a product manager sound arrogant but it’s true.” He thinks a good product manager should know their customers well enough to represent their needs if the data does not help them arrive at the answer.

Becoming a Platform for Good

People now give in excess of a £1,000,000 every day to good causes on the JustGiving platform, an “exciting and empowering number”. “I still get a buzz out of knowing my team has moved a number or nudged a behaviour in a positive way, through the art of product management.” One of his greatest achievements has been building the consumer API that is now a core part of the JustGiving business. The API allows charities anywhere in the world to build a fundraising page as “we need to enable people to raise money in increasingly different ways and in different spaces at different times”.

The API has been used to build over a million fundraising pages to date: “If each page owner raised even just £100, then that’s a lot of life-changing value coming from our API technology.” The Royal National Lifeboat Institute use the API for their annual H2Only campaign which allows people to monitor their water consumption and their fundraising efforts simultaneously. Cancer Research UK, Macmillan, Oxfam and the like have also integrated their own websites, and in some cases their mobile apps, with JustGiving’s API.

He believes in “eating your own dog food” to the extent that “we’ve built our own products on the back of our own API. Our integration with ticket platform Eventbrite is one prime example, as is our own mobile app.” Some of the biggest clients of the consumer-facing API include digital agencies like Manifesto and Home Made Digital, and charities like British Heart Foundation and Macmillan Cancer Support. “It forces you to properly maintain your API. If you’re not then you risk breaking your own products.”

Day-to-day life as a Product Manager

Jamie sticks to flexibility and encouragement as guiding principles to run his team: “I try to empower my team to take on as much responsibility as they can handle. I don’t want my team to be a bunch of followers because if you take the product manager out of that equation, it falls apart.” The three pillars of his team are the lead developer, the lead front end designer, and the lead SDET developer. They develop their soft skills through running meetings and retrospectives and taking responsibility for their output. In return, Jamie regularly shares insights and future plans. “That way we all invested in the outcome of our work.”

“For me, over the course of a year, 26 two-week sprints would drive me mad,” Jamie laughs. Instead he experiments with different timeframes. Epics that take two to three months are divided into two-weekly cycles and grooming takes place once a week. After the epics, Jamie may let his team breathe by downsizing work into some weekly sprints focused on either growth tactics or fixing some tech debt. Occasionally he organises mini hack events during which the team prototype a new concept or idea.

At JustGiving there is no scrum master so Jamie fills this role. The team has swapped between Scrum and Kanban for the past few years but is currently experimenting with how they record velocity: “We’re trialling a more standard S/M/L approach just for a while to see how that works.” He thinks a product manager should be allowed to be flexible with the framework they use, “ultimately it’s about shipping, and you know if you’re shipping or not”.

The backlog is reviewed once a week and the entire team is encouraged to add items. He says: “We try to be agile in sprint but sometimes you need resources lined up in advance.” He always tries to have two or three stories ready and documented should there be time left at the end of a given sprint and warns about preparing too many stories in advance: “If you do too much in advance, you spend your time on stuff you risk never getting to.”

Roadmaps are important: “They enable others to get lined up, marketing efforts, client/customer support efforts. The business absolutely has the right to know what’s coming down the pipeline.” In the last two years he has moved from 12-month roadmaps to six-month roadmaps, and more recently has started using three-month roadmaps: “The speed of technological change, coupled with ever changing patterns of behaviour, can mean that an idea today is no longer relevant in 12 months’ time. That’s why it’s also important to settle on themes and goals rather than product detail when looking, say, a year ahead.” He was in the middle of the quarterly process of meeting with stakeholders to prepare the roadmap for Q3 when we spoke: “I would probably at best draw out a three-month roadmap. but I’d leave in enough flexibility for either putting new things in or taking things out.”

Podcasts are his first resource. On Jamie’s playlist you’ll find Intercom, Rocketship and a recently launched podcast called Alexa Stop. “Two technology CEOs — Jim Bowes and Robert Belgrave — discuss how technology is changing our lives, which is at the heart of what my job entails. Well worth a listen.”

He also listens to the long-running radio show Desert Island Discs – the 35-minute radio show where a guest shares eight songs that have in some way shaped their life. The guest can be from any background – technology, entertainment, government, the arts. “Because it’s different people every week, it reminds me just how unique we all are and how our take on the world differs. It’s food for the soul.“

He is also interested in how office culture shapes our daily performance. He works hard to create a supportive environment whether through hack days, meetups or new ways of working as a team. On that subject he mentions the book Creativity, Inc by Pixar president Ed Catmull because it teaches readers about managing culture in a business that is successful from the start and where the customer expectation is to deliver the highest quality product at all times. “Ultimately product management is about a journey through lots of peaks and troughs – it’s rarely a flat line. It’s important to enjoy and learn from the moments when your product is going well, but equally take the time to document and learn from the experience when things go awry. You’ll be a better team and business for it.” 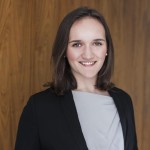 Relatively new to the product field, Susanna comes from a fintech and private equity background. Her urge for wanting to build amazing tools to make someone's day better comes from rebellious teenage years which included lobbying state budget changes and organising demonstrations in her native Estonia.

SUNDAY REWIND: Behind every great product by Marty Cagan