Building for Billions in India: Meeting the Challenge of Building Products For A Complex Country

India is a complex and diverse country, more so than any other emerging market in the world. Its diverse linguistic, cultural, and economic user base makes it a daunting challenge, one that the start-ups operating out of global hubs like Silicon Valley and London don’t face until much later in their expansion lifecycle.

So it made perfect sense to base our latest ProductTank Delhi meetup around the challenges of “Building For Billions”. The experiences of two widely distinct but user-centric products, Gaana (the country’s leading music streaming service represented by head of product, Rohit Raghav, pictured below) and Careers360 (India’s largest edtech platform represented by Chief Product Officer, Arastu Zakia) helped us to understand the challenges that product teams face when trying to build an inclusive and intuitive offering in India. The first and greatest barrier for truly communicating across a country as vast and diverse as India is language. With 22 major languages and hundreds of local dialects, there really is no one single language through which we can address all users. Building for all users in India presents challenges that most companies starting up in other countries do not have to face until they expand overseas.

Furthermore, given the limited literacy levels in India, the chances of users being able to pick up new languages is very low. This makes it imperative for businesses to build multiple language options into their products very early in the lifecycle – if they want to secure a wide reach.

According to Rohit, this was the major barrier that prompted Gaana to include transliterated search and voice assistance in nine different languages early on in the product development cycle. It helped Gaana to tap into the rapidly-growing regional dialect markets, and has seen the company move into pole position in India’s music streaming segment.

This language challenge is further compounded by the wide variation of user skill and literacy levels. In a country where a quarter of the population is still illiterate, it leads to unique situations – as Rohit describes – where “someone is illiterate so cannot type and someone is so literate that they will only talk to the product”. Building for such variety in user skill level throws up many challenges – from figuring out customer feedback processes to designing intuitive UI/UX that can cater to multiple user types.

Converting local understanding into competitive advantage in the face of global powerhouses entering the Indian market requires a mix of innovation and dedicated resources. To keep both unskilled and skilled users hooked, products need to make use of techniques such as:

Large parts of India have more or less skipped the desktop computer phase of technology evolution. They have jumped from using traditional landlines to mobile devices thanks to the proliferation of cheap handsets and data plans. For reference, as of 2017, the PC penetration in India was only around 10% whereas mobile penetration was as high as 75%!

This has, however, brought with it added challenges of device compatibility. There is a wide variation of device types based on user skill and monetary capability – ranging from PCs using outdated versions of Windows to entry-level Android smartphones to high-end iPhones – that makes it a daunting challenge for start-ups with limited funds to truly build for billions. Add in the problem of uneven network coverage and you end up with either spending millions of dollars on technology or settling for market niches.

In a country where the median annual per capita income is only $616 (2013), pricing will always be a major barrier. Compounding the issue further is a huge disparity in income distribution across different segments of society. Product developers in India thus face immense pricing challenges – and they are often forced to choose between a smaller, can-afford-to-pay customer base or a larger, low-price/cannot-afford-to-pay base. Moreover, as these services become more integral to a user’s life they open up fundamental pricing questions in a relatively poor country. As Arastu puts it: “It would be both economically and morally impossible to charge high prices something as integral as grade six study material.”

The go-to-strategy for most products in India then is a freemium model supported by advertisements. For example, Careers360 fills its displays with flashy banner ads for colleges and courses, while Gaana allows users to use its services for free as long as they are willing to put up with advertisements. This allows both products to provide high-end services to a larger customer base without the disadvantage of higher pricing.

The Effect of Social Inertia

India has a strongly-knit social fabric that dictates a lot of user decisions. Product developers need to understand this in order to use this social inertia to their advantage. For example, platforms such as Careers360 realise that the college searching experience for students is often a family affair and decisions are generally predicated by the eventual availability of jobs that contribute back to the family. Instead of then trying to focus only on the student, the platform tries its best to make the college-hunting journey a collaborative one between student, parents and portal. This synchronisation between all social stakeholders has been crucial to its success.

Furthermore, there is an overarching bureaucratic structure in India that must be navigated and often also educated about the benefits of new technology. This leads to intriguing situations where the product’s stakeholders are no longer just your end users but also your infrastructure facilitators – such as government agencies and channel partners.

The social and bureaucratic inertia means that behavioural changes can only be affected incrementally and patiently. Push too hard and you might find your customers and partners are put off.

India is still a relatively immature market when it comes to technology start-ups. The above challenges are not so much limitations as opportunities for innovation. The unique nature of the market creates a natural bulwark against external competitors who do not have experience in the local market. This provides the breathing space for local innovation to experiment and thrive, and to find the right way to build for billions. 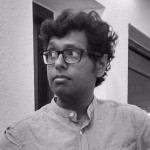 Getting out from the Valley of Despair in product

One thought on “Building for Billions in India: Meeting the Challenge of Building Products For A Complex Country”