5 Lessons We Learned with Our First Product

We recently built and launched our first product, though it wasn’t without difficulty and a number of lessons learned along the way.  We had to make a few tough decisions and accept a few hard truths, which I’ll share with you today.

I’m not saying that what we did was necessarily right, and it would be good to hear views from more experienced product managers on what they may have done differently and what lessons they learned during similar processes.

Flovoco is a language-learning app focusing on vocabulary acquisition, and specifically the different aspects of a word which you need to learn. Version 1.0 is for Spanish speakers learning English and is out now in the App Store. It’s the first product from ELTjam, a blog and consultancy company making the move to product development. It was also my first job managing a product and having direction over what we did and when. There were lots of situations where we had to think on our feet and didn’t have the benefit of experience.

In this post I’ll be sharing a few of the decisions we made at different points in the journey and some of the takeaways from those situations and choices.

What we did when we missed a deadline…

We had a great team for the app and we were particularly lucky in the way that things came together. There was a moment when everything seemed to be going amazingly well… too well.

I remember it clearly; we were working out of Zzish’s office at Warner Yard, the designer had flown over from Germany for the last week of development and we were putting in long days to get everything done.

‘This is amazing!’ I thought. ‘Literally everything is falling into place.’

Two days later it was two hours before the shipping deadline and the developer’s flight out of UK. It was a pretty hard deadline!

We’d had only a couple of hours’ sleep and the profile page was giving us headaches. We’d decided to include a feature allowing learners to set a daily word goal and see their progress. It seemed like the right thing to do, but in hindsight it wasn’t. The word goal issues were taking up too much time and the app would have shipped in a sorry state, so we decided to push the deadline back.

Over the following weeks the developer continued to work with us remotely but had other pre-arranged commitments, so his time was limited, and the forward momentum was gone.

We finally released Flovoco just as iOS 8 came out and as a result, none of the app’s animations worked and we had to spend time on updates. Our decision to include the daily word goal feature, a feature that nobody had asked for and as it happens, is seldom used, cost us a deadline and set the project back by months.

Takeaways: Simplify where you can.

Flovoco began as a B2C product idea. We thought we’d appeal to all those millions of people who wanted to learn English. We’d make a better product, with decent pedagogical underpinning, and the users would come flooding in.

We had a substantial network of teachers and publishers who we thought would help us get the product into people’s hands and we were confident that the methodology would win over the hearts and minds of our intended customer, the English language learner.

There are a number of reasons we now think this was wrong:

With these realisations, and the help of our mentors, we decided to shift to a B2B model for the app. We have been really fortunate to be on the Accelerate Cambridge programme at the Judge Business School at Cambridge University. Each week we have access to talented and experienced mentors, interesting sessions and a wide variety of other start-ups to talk to and learn from. It was through these discussions that we decided a pivot was necessary, and it suddenly felt like exactly the right thing for us.

Takeaways: Be open to the idea of change. Speak to as many people as possible about your plans. And celebrate a pivot with a pint!

What we did when we got rejected from the app store…

Another delay to Flovoco’s official launch was a rejection from Apple.

It was the first time I’d submitted to the app store and we were all excited when the email came in that the App was ‘Waiting for review’. As it was hard to find large numbers of Spanish speakers in the UK to test with and interview, we planned a trip to Spain for the week after the app was due to launch and made a job-lot of flyers to hand out in bars and cafes.We planned to do a load of user testing there, to see how people reacted to the app, and to keep a close eye on the analytics.

Due to sign-in issues, the app got rejected, and not even the expedited review request got the app live in time for our trip to Spain. So we had a bag full of flyers for an app that wasn’t available and only a few test flight versions to test with when we arrived in Spain.

In the end we disabled the login and got the app approved. In doing so, we realised that the feature set didn’t require a sign-in anyway, so we were better off without it for now.

Takeaway: Expect things not to go as well as you’d hoped. Allow time for contingency. And, again, simplify where you can.

What we did when we didn’t get any sign ups…

When the idea of a vocabulary trainer was in its infancy, we wanted to find out if the basic concept appealed to learners. The focus of the product was lexical depth, not just ploughing through translations quickly and learning words at a superficial level.

We weren’t sure if this would resonate with learners so we built a landing page which was made to look as if the app was already built, but the copy said the app was ‘coming soon’ and invited people to leave their email address for updates.

In order to work out which marketing messages resonated most we set up an AdWords campaign with different key words and watched to see which had the best conversion. A convert was one who left their email address.

We watched as the money got spent, people clicked and nobody left an email address.

Not even one person.

After day three we pulled the plug and realised we needed to do something different. This was one of the things that made us realise we needed to shift our focus to B2B; not only were we new to product development, we were also new to marketing and social media efforts, and we struggled with the ins and outs of Search Engine Marketing (SEM).

Takeaway: Avoid basing your assumptions on SEM results if that’s not your strength!

What we did when we found our market…

One of the positive outcomes of our trip to Spain was the arrangement of  a meeting with Monica from EBPAI – a blog for Spanish speakers learning English. Months later when the app was finally released, we wrote a post for her blog and took out a bit of ad space on her site.

This process took up a fraction of the time and effort of all of our SEO and SEM efforts and has accounted for around 80% of the app’s downloads. This has given us enough users, and enough data to have a pretty good idea of how the app is performing.

From November 1st to December 31st last year, session length averaged 9:22, with 7.8% of sessions being longer than 30 minutes. 58% came back for visit two and 8.3% came back for visit eight. All this without much in the way of incentives, a fair few bugs, and a free app.

What we take from this is that the concept works and meets a need of the people we’re attracting. We are now taking these figures around to our existing consultancy clients and trying to secure licensing deals that will allow us to build out the app more fully and realise more of its potential. These conversations would be much harder without the market validation that the B2C Version 1.0 has given us.

Takeaways: Trips to Spain are never a waste of time. Market validation is key.

So those are just a few of the things we learned from phase one of product one, and hopefully will help us as we move forward. Our aim is to build products that combine the best of pedagogical understanding with high quality product design. It’s challenging, and great fun, and there’s a lot to learn along the way!

Let us know in the comments if you’ve run into similar (or different) learnings in your own product launch. 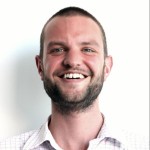 Jo Sayers is Head of Product at ELTjam, developing digital products for language learning. Jo has worked in English Language Teaching since 2006, most recently in technology related roles as Product Manager for English at busuu and eLearning Academic Lead for EC English. Jo moved from classroom teaching into test and materials writing and then syllabus design and elearning. He has spoken at conferences in France, Turkey and UK and is the Technology Coordinator for the IATEFL Materials Writing Special Interest Group (MaWSIG).

5 thoughts on “5 Lessons We Learned with Our First Product”