A common mistake made by entrepreneurs when figuring out where to price their product, is thinking that this is just a question of price alone.

YCombinator’s cofounder, Paul Graham, sees a lot of startups. He also has a front-row seat to watching many of those startups crash and burn.

In his famous essay The 18 mistakes that kill startups he says:

“In a sense there’s just one mistake that kills startups: not making something users want. “

Before you can begin to answer the question of how much the market will pay for your product, you have to understand whether you have a market. I cringe each time that I think back on the first few products that I built; they were horrible. Maybe the products themselves weren’t horrible, but the concepts were all wrong. My primary issue was that I was often solving problems that were painful enough to get anybody to actually open their wallets.

Now I use a technique to help me understand whether a new product has a market, and how much that market is worth. It’s called the “Price Anchoring Technique” and involves asking potential customers two simple questions.

Question #1: “If this product was available today and free, would you be willing to implement it and use it immediately?”

We’re trying to isolate the number of independent variables that we’re testing. In other words, we don’t want to test both price and the relevance of the problem we’re solving at the same time.

If we were instead to ask something like, “If this product was available today and it was £500 per month, would you be willing to implement it and use it immediately?” and the customer replied “no,” we wouldn’t be able to determine if it was this due to the price or the product.

If someone is not willing (or unable) to use it a product for free, they’re definitely not going to pay for it. Even if you’re 99% sure they would use it for free, ask anyway.

In a customer development interview for a software company, we asked this question and the woman replied, “I’d love to, but all new company-wide software must be approved by the IT administrator.” That’s incredibly valuable information to get before your product is complete, and too late by the time you’re making sales calls.

If you happen to get a flat “No. I wouldn’t implement it,” ask the customer why. This not only helps you to understand the obstacles faced by your users, but also how acute the problem is that you’re solving. If you go out and talk to 10 potential customers and only 3 of them would be willing to implement it for free, it’s probably worth taking a step back and analyzing your idea.

For every customer that answers question #1 with a “Yes,” ask them question #2.

Question #2: “If this product was available today and cost £1 million per year, would you be willing to implement it and use it immediately?

I use £1 million per year as a random number, but this should represent about 10x of what your gut tells you the price should be. This is where psychological price anchoring comes into play.

Frequently, the customer will look surprised (understandably) and say something like, “Oh no. There’s no way that we could pay more than £125,000 per year for something like this.”

By anchoring the customer with a high price, you force them to resolve the cognitive dissonance in their minds. In the process, the customer will often anchor you back down to the upper-limit of where there have implicitly priced your product in their mind. It’s as if you’ve asked them, “How much are you willing to pay for this?” without actually asking them.

In some interviews, the customer won’t anchor you back down. They’ll just say, “No. I wouldn’t pay that.” When this happens, I’m going to ask you to do something that will make you feel really awkward.

Do nothing. Smile. See if you can count to ten in your head.

And one of the best ways to move past the awkwardness is to qualify whatever statement caused the awkwardness. “I mean, there’s no way we could pay £1 million. Our department head has given us a budget of £80,000 per year to solve this problem.”It won’t always happen this cleanly, but you’ll get them to qualify their response with great information a large percentage of the time.

By running the “price anchoring strategy” on 10-15 potential customers of your product, you’ll get data about pricing, how acute the problem is to them and potential obstacles to their product adoption. 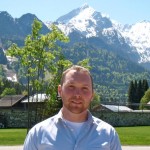 Rob Johnson (@startuprob) spent eight years in the Intelligence branch of the US Military before getting his MBA and moving to London. In 2012 he cofounded Makers Academy, Europe’s largest coding bootcamp and consults with a variety of companies on customer development and early-stage validation. How to Price Your Product in a Startup A Guide to Unlocking Growth with Optimized Pricing