What can product managers learn from film directors?

One day, a colleague and I were having a conversation over a pint as to whether you could make the film Blade Runner using Agile processes. We concluded that you could not. We thought you’d need something more. A vision. A way of developing that vision, and a way to not lose the vision in the process.

Before UX, I worked with stage, film and TV lighting and I think the way that the vision of the film director is developed and retained in these media might aid the vision of successful products.

In Blade Runner, Ridley Scott didn’t wield the camera, he didn’t write the screenplay, he didn’t act in it and he didn’t record the sound. But he made sure that the dystopian vision of 21st century LA and the ambiguity of Harrison Ford’s character’s reality engaged both our emotions and our intellects. His holistic vision made it all work together and he was responsible for it. As the big-picture vision begets the detail, coherent creativity can flow. Rutger Hauer wrote his own final speech: “

…all these moments will be lost in time, like tears in rain. Time to die”

It perfectly enhances Scott’s vision of the humanity of the replicants and is beautifully aligned.

What can product managers learn from film directors?

Firstly, I think our traditions of inclusion, committee and flat structure work against us in our decision making. We typically allow all voices to be heard at the same decision-making level. But if we appreciate that vision is key to success, then it’s better that an individual takes responsibility rather than the crowd. Film protects the vision by creating a hierarchical structure that makes it hard to lose.

Secondly, like the film director, the product manager develops the vision with three key experts:

This releases the experts to be creative within the constraints of the vision, but not to challenge its basic themes.Thirdly, in film, everyone knows their roles and sticks with them, having the professionalism to not interfere in another person’s expertise. The director has plenty to do, and a belief in the capabilities of the crew to do the detail which creates the space for the director to focus on dealing with the big picture.

Finally, a camera crew would not choose shots to be filmed, or not. However, they would advise on cost and difficulty so that the director could manage to budget. They would also feedback detail ideas. The fact that Rutger Hauer wrote the most famous speech in Blade Runner is testament to that fact that film structures do not make a one-person show, but rather catalyse a creative team, one that uses all experts to their full extent.

To sum up, I find it enormously reassuring to hear that word ‘vision’ again. Like films, the success of software products comes from a vision of how a product can create a narrative, stimulate emotions to delight and excite and help us think differently about what we do.

The easiest thing to lose is the vision. It may be time to toughen up our hierarchies, seize the vision and let the experts get on with what they do best. Like Ridley Scott did with Blade Runner, and Steve Jobs did at Apple. 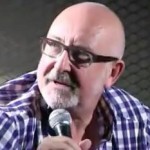 David Hawdale is Head of User Experience at News International. Fascinated by the way that Lean and Product ideas can allow UX its full potential, and how they can help big companies innovate. Fed up with spreadsheets ... excited by vision! All view expressed are my own. How to identify your North Star Metric

4 thoughts on “What can product managers learn from film directors?”