How to Start From Scratch and Prioritise by Marcel Britsch

Accept that a lot of things you do are throwaway. They’re a means to an end, not the final output.

Marcel Britsch is a consultant with Equal Experts. In this ProductTank London talk, he covers the complexities of prioritisation when you’re starting from scratch. Using examples from his work with Barclays Bank on a greenfield project and also a brownfield supply chain optimization project, Marcel demonstrates how to do lean actionable modelling.

What you’ll get from the video:

Marcel was asked to investigate a securities lending product, and look at improving user experience through reporting tools in order to give users transparency. The goal for the two-week inception phase was to have sufficient confidence to make a decision on whether to proceed with an MVP – which was to be delivered in the next three months.

The first week, Marcel and his cross-functional team used tools such as lean business canvas, prioritisation matrix, and affinity mapping to identify the highest priority user group to build the product for.

The second week started with an examination of the technical pipelines that the product would be released into – it had been identified that this would be one of the highest risks to speed of delivery. The team then used lo-fi wireframing to convert the identified user requirements from week one into potential features, which in turn fed into an initial product roadmap.

Marcel’s key recommendations for delivering value in inception are:

This unnamed vegan food supplier had a problem with its supply chain management – having evolved from a basic process involving an Excel spreadsheet into an inefficient and untameable mess. The goal was to change to a low risk, maintainable, user-centric process that would actually work. This is a totally different set of challenges from a greenfield project but is starting from scratch nonetheless.

How does starting from scratch differ in existing products?

Firstly, there may be a lack of trust that you will be successful – in Marcel’s example, there had already been two attempts to improve the supply chain process. In order to get started, Marcel worked with the team to map out the current process and got them to perform a “slicing” exercise – breaking the process down into different parts.

Once identified, the independent slices can then be prioritised – identifying the most valuable slice to work on first should be the priority. This is where other attempts at improving the process had failed, as the beginning and end of a process may not be the highest-value place to start!

What makes a good slice:

Inception processes are dependent on the domain in which you are operating. Whether working on a new product or starting new work on existing products, it is still possible to deliver value in through lean actionable modelling. 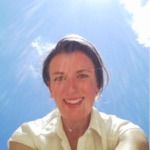 Currently I'm the Product Management Lead at Comic Relief and am pretty proud of what we've accomplished in the digital team over the past couple of years. I'm a co-organiser at ProductTank London - though admittedly I thought that meant I'd be stacking chairs - and have really loved being a part of the thriving product community. Ask me about sports, beers and curating at ProductTank London. SUNDAY REWIND: It's all about the outcome