Seven Things you can Learn From WeChat Product Development

We tend to think of Chinese companies as imitators rather than innovators, but is this fair? App developers and designers may look at other apps for inspiration on new features, but most only look to well-known apps like Facebook Messenger and Snapchat.

Take Messenger for example. We got excited about its Snapchat-like Messenger Day, Venmo-like Payments, ride-requesting Transportation, and Event Reminder. These are useful features, they solve our day-to-day problems and make our life easier.

But there are numerous instances where Chinese companies have stolen a march on their Silicon Valley counterparts with the introduction of innovative new products. Alibaba’s Taobao is a competitor to eBay and launched Aliwangwang, an instant communication tool for buyers and sellers to interact in 2003. Chinese video-streaming platform YY.com nailed the concept of YouTube stars years ago by having young Chinese people pose, chat and sing in front of video cameras.

One of the most innovative Chinese apps is WeChat, and for a long time it’s had a number of the features that Messenger has just recently launched. It has 889 million monthly active users, according to parent company Tencent. Its users spend an average of over 50+ minutes inside the app –  about the same as the amount of time a user spends on Facebook, Messenger and Instagram. It has changed the way Chinese people communicate and socialize online, and it has also changed the way they pay each other and pay for their groceries.

1. Observe how products are used in ways you didn’t anticipate, and take advantage of those opportunities

While not originally intended as a tool for professional communication, the platform has evolved to be the main communication channel for a lot of businesses. The reason behind this? The email adoption rate in China is not high. According to China Network Information Center, only 44% of Chinese internet users use an email application. The Chinese have found their own way to use the messaging platform.

In China, work files are often shared on a work group chat, especially in the desktop version of WeChat. It is also very common to conduct business online with Chinese partners and clients via WeChat, in the same way that we might use Skype.

2. Solve your own problems

WeChat has had a mobile payment option since August 2013. Mobile payments are popular in China, with the total number of people using mobile payments in China expected to hit 250 million, around 20% of its massive population by the end of 2017. This number is equivalent to about 80% of the US population.

While Apple Pay only allows you to connect to your credit or debit cards to use its mobile payment, you don’t have to connect your WeChat Pay account to anything. Users can just start receiving money, and then pay for things with these amounts. They can also connect their bank accounts to WeChat and transfer money to each other just like Venmo, Snapcash or Payments on Messenger. Cash culture is prevalent in China as the Chinese in general have low credit scores and most people don’t have credit cards. The introduction of WeChat Pay and its barcode payments sidesteps this issue.

Another plus of WeChat? It doesn’t matter if one is an iPhone user or Android user.

3. Extend the success of a feature by integrating with other companies

The fast adoption rate of mobile payments gives a company like WeChat the opportunity to integrate its services with other companies. Chinese users have been able to book a taxi with ride-sharing and taxi-hailing service Didi since January 2014. Facebook made the same move two years later when it launched a feature to request Uber or Lyft.

WeChat users can also buy movie tickets in advance and online, a service similar to US movie ticketing service Fandango. Let’s also not forget JD.com, the Chinese e-commerce site. The list goes on – this is Uber (and Lyft), Fandango, Amazon, Venmo and many more in one central app.

4. Attaching a new product or feature to the things that people already do helps it go viral

The virality of the red envelope feature occurred during Chinese New Year, when it is a tradition that people give each other a red packet (hong bao) containing money. WeChat took this tradition digital in 2014, with the release of its Red Packet delivery as an extension of its mobile payment.

Users select how many red packets they want to send,  they specify the amount, and write a personal note. WeChat also made this feature more interactive and fun with the option to randomize the amount. After the sender decides how much to put in the pool, the app determines how much each receiver gets as they open the envelope.

This year over 14.2 billion red packets were sent during Chinese New Year. Maybe Messenger will do something innovative with Thanksgiving?

5. Be a platform other companies can benefit from, and you will get valuable insights

In 2012, WeChat introduced the concept of official accounts for brands, where companies and individuals can create an official account to use for social media outreach AND for selling their product/service. From dining at Chef Yannick’s home to ordering food online, WeChat has transformed beyond simple texting. It allows businesses to communicate directly to their customers.

For example, KFC has its virtual store and its entire menu on WeChat so users can order, pay and get food delivered in just a few clicks. It is just like UberEats (started August 2014) inside WeChat.

All these activities — big or small — are very valuable to WeChat because it collects an immense amount of data on users. Tencent might know more about an individual than Google does.

6. Think about how you can incorporate your other products into your app

While we see the difficulties Google has had pushing its other products with Google+, Tencent automatically adding Tencent News to WeChat is considered rather successful. This feature is similar to Yahoo News Digest, pushing a block of four news  items to users. This does not interrupt behavior because it acts like a chat.

7. Don’t reinvent the wheel, see what you lack and partner with people who can complement you

(with thanks to Josh Horwitz)

While considered a taboo to mix professional and personal lives (sometimes) in Western culture (no one would send their Facebook profile to employers), it is acceptable for the Chinese to do this with WeChat. The app has become a place where people discuss business and conduct interviews.

Rather than build a new platform, which takes time, resource and expertise, WeChat allows integration with LinkedIn, where WeChat gains even more data about a person. Together with the personal data it collects about a user, the professional data offers up a fuller understanding of each individual.

If you look at the timeline of the availability of these WeChat’s features, most were released before their Western counterparts. Perhaps, it’s time that to look at Chinese companies differently. They are more innovative than many of us give them credit for. Next time you look for ideas and inspiration, it might be worth checking out some Chinese apps.

Tech in Asia: WeChat has a viral hit in China as users gift Chinese New Year cash to their buddies, Chinese consumers lead the world in paying with their phones, How to publish your own articles, promotions, and invitations on WeChat using this cool new tool

Business Insider: This Chinese messaging app is taking the country by storm — and Facebook should pay attention

Leverage China: Are You Still Using Email When Doing Business in China? 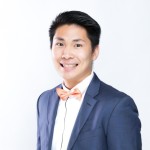 I am currently the COO and Head of Product at Kulina, a food subscription service startup in Indonesia. I spend my time outside of work writing articles, speaking at conferences, mentoring other founders and leaders, and building communities for entrepreneurs and product managers. If you’re traveling to Thailand or Indonesia and are interested to speak, please contact me at casper.sermsuksan@gmail.com. I also welcome an opportunity to speak and share knowledge with your community!

Product Systems: How to manufacture lightning in a bottle by Oji Udezue