Read our round-up from ProductCamp London 2015

Last Saturday more than 200 product professionals from around the world descended on Paddington for what promised to be a day of lively discussion, networking and many coffees at ProductCamp’s sixth London “unconference”.

In true unconference spirit there were no official speakers and no formal agenda – but instead a truckload of discussion ideas pitched by attendees. Ideas spanned the whole product management spectrum, from nuts-and-bolts tips and tricks to some more controversial discussion points. And with around 40 discussions over eight hours, the “two feet rule” was in force, allowing attendees to join or leave sessions as they wished.

Agile practitioner/guru Roman Pichler kicked off one of the opening sessions, talking about the myriad skills required to be a great product manager. Empathy, an understanding of competitors, the ability to inspire people and bags of assertiveness all featured highly. Those interested in analysing gaps in their own skillset might find Roman’s project management framework a good starting point.

Customers and collaboration were also hot topics. Matina Zoulia lead a discussion on how to use Sales teams as the bridge between customers and products, and highlighted the importance of three way communication between sales teams, product managers and customers. Top takeaway: go out on customer demos!

If you were wondering how to most effectively gather customer feedback then Andrea Saez and Mind the Product co-founder Janna Bastow’s session was THE place to be. Attendees suggested proactive support, research teams, beta testing, user groups and platforms including SurveyMonkey, Google Forms, Intercom, Zendesk, Vanilla Forums, UserVoice, Get Satisfaction, plus mention of a rather radical feedback tool – the phone.

And since no unconference would be complete without a controversial topic, Simon Cast’s Fuck Mobile First session had a lot of people tweeting his opening slide before joining in the debate around what ‘mobile first’ truly means, and why product managers would want to consider context before device.

Far and away the most popular discussion of the day (as voted for by attendees), was Adrian Howard’s Failure Swapshop. The swapshop has just two rules (we’re all friends, only share lessons learned) and the premise is simple: each person in the room explains their product management failure then shares the lessons learned. If you’re interested in running your own Failure Swapshop you can find Adrian’s slides here.

Even with eight hours, the two feet rule and many drinks in the bar afterwards, it’s not possible to speak to everyone or attend every session. If you were there let us know the top takeways from the sessions you attended in the comments below! 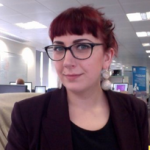 Danielle has eight years of experience in marketing, digital and web. Previously the Marketing Manager for Mind the Product and ProdPad, she is the Head of Content at Study Group. 2 thoughts on “Read our round-up from ProductCamp London 2015”