Planning Your Prototype With a Customer Journey Map

“A prototype is worth a thousand mock-ups,” as the saying goes. By definition a prototype is interactive. At the start of a project, it can be helpful if you create rough prototypes without too much detail. Doing this allows you to have high-level conversations over the direction of the user’s journey, rather than get distracted by specific visuals or wording. An example of this would be using paper and pen, and uploading photos to a tool like Invision.

A high-level prototype is quick and rough

I find such high-level prototypes are valuable early on in the design process. They help you to define what it is you’re going to build, not what it looks like. They also uncover unexplored avenues by asking you to visualise what happens at every stage of the journey. Even something as simple as user registration raises questions: can social networks be used to sign in? Which ones? What should users see if they already have an account? What if they’ve forgotten their password? What if they make a mistake?

Once you start to draw out each screen of your journey, you’ll quickly realise how many assumptions you’ve made or details you haven’t considered. This can be intimidating and overwhelming, but it is a huge benefit. It’s much better to confront these issues at the outset than figure them out later down the line. I find that it really helps to put together a rough map of what you need to deliver to achieve your goals.

Here’s an example from a project Convivio ran with a recruitment startup with a business model based on user referrals. They had a strong idea of a business model, and wanted to deliver an application that supported it with a great user experience.

We started by exploring the situations where the app would be used, similar to the Jobs to be Done framework. Exploring situations where the app will be used After we had a good understanding of the user’s context and what they are trying to achieve we were ready to use customer journey maps to plan what we’re going to prototype.

After you’ve defined a list of user goals, you might have a general idea of how to achieve that goal. It’s important to get individual ideas out of your heads and on paper, so that they can be easily compared. Workshops are great for this kind of workflow, you and your colleagues can spend 10 or 20 minutes working separately and then bring all your ideas together for critique and collaborative discussion.

Start by mapping out the list of steps your users would take to achieve their goal, starting from nothing. I like to use Post-It notes, as they’re small enough to avoid getting too detailed and easy to move around if you want to change the order. Mash Your Journeys Together

Move through your user journeys together step by step, sticking them up as you go. You’ll quickly find loads of differences between journeys, with people approaching similar tasks differently or adding steps you may not have considered.

Taking just my first four steps of the referral journey, we found another two that I had not considered. I initially thought they were basing this on an assumption of how a previous system had worked, but I was wrong. They explained that they wanted the service to have an “exclusive feeling”, and keeping the opportunity listing behind a registration helps to create that feeling. They were also concerned with scrapers and spammers if the listings were public.

This is something that hadn’t come up during my initial briefing prior to the workshop. I love workshops because they surface these kinds of conflicts and assumptions early in a project, before detailed design or development. Once these intentions were out in the open, we were able to have a discussion weighing up different approaches that achieve this exclusivity feeling with a good user experience.

Approach the Journey From Your Customer’s Perspective

If you’ve done some initial work to develop personas then you should have some information to draw on. If you have done any formal research, make sure you have the people who do the most talking to your potential customers in the room. They’ll have an instinctive idea of the kind of problems and situations that customers face. They may even have some choice quotes and stories to tell you.

Create a separate row for your customers’ thoughts and feelings, and questions they might have in their mind. Even if you don’t have any formal research to draw on, thinking from a customer point of view improves the quality of your output. In our workshop we quickly found ourselves going back to add or improve steps of the journey to deal with potential feelings and questions we had not first considered.

At the end of the exercise, you should have a complete set of steps your prototype will need to cover and have an insight into customer thoughts and feelings throughout the journey. You’ll also have uncovered some hidden assumptions and have had some tough discussion upfront. This is is a great place to start coming up with ideas for prototyping. 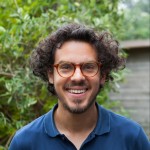 Lewis Nyman is a UX Designer working for Convivio — a strategy, design, and development agency. Learnings from London: How to build a billion dollar app