The role of product management is becoming more and more important inside media companies. The reason is twofold: media companies increasingly need a direct relationship with their audiences through new digital products, and they need to transform their cultures to adapt more quickly to the changing world around them.

Over the last decade I’ve had an intimate view of the media industry from all sides of the table: from my tiny video startup, to the largest media distributor in the US (Comcast), to a hyper-growth media platform (Spotify), to a huge legacy media company (Viacom)… leading product management organizations in each.

Despite a few successes, I’ve mostly learned hard lessons about innovation from each side of the table, especially around launching new disruptive video products and services.

I’ve also learned a lot about building teams, not just products. I want to share what I’ve learned, and ultimately make the case here that Hollywood needs Silicon Valley now more than ever.

How do Media Companies Stay Relevant?

To set the context, media companies today face the huge challenge of staying relevant amid rapidly changing consumer behaviors, especially in regards to how teens and young adults get and watch their video entertainment. Most consumers under the age of 50 have significantly cut back on their cable/satellite-delivered television viewing while significantly increasing their internet TV/video viewing. The two charts below, based on Nielsen data from the US, tell the story. Compounding these platform-migration challenges, there is also a growing consumer intolerance for pre-roll and mid-roll video advertising, and a growing reluctance to pay high subscription fees for large bundles of content (i.e. cable TV). Netflix and Spotify have set new consumer expectations for what an advertising-free, $10 per month subscription can deliver, as far as entertainment and utility value. Despite what some outsiders may think, media executives do not have their heads in the sand; they understand the dynamics at play as well as anyone. The challenge is how they should respond – it is akin to redesigning a Boeing 747 into a SpaceX Falcon in mid-flight.

Some media companies are responding by investing aggressively in their own digital distribution products to directly engage their audiences.  For example, CBS has launched All Access, which is its digital subscription service that provides access to live sports and to its shows on-demand, on any connected device. CBS is also now offering a (mostly) ad-free version of this service for $10 per month, similar to Netflix. Time Warner’s HBO Now service is another example of big media going direct to fans with a subscription product. So far no direct-to-consumer TV network service in the US has been a runaway success; growth in these services has been gradual and hard-fought.

Meanwhile, other media companies remain committed to distributing their content via partners, including the traditional providers like Comcast (“Xfinity”), Charter (“Spectrum”), and Sky (in the UK); digital subscription platforms like Hulu and Amazon; and short-form platforms like YouTube, Facebook, and SnapChat. Fox and Discovery are examples of this distribute-by-proxy group, taking their content to where their audiences already live. But time will tell if TV networks, and their brands, can continue to thrive exclusively on third-party platforms in the internet era, as they have in the cable era, without a direct relationship with their viewers.

Another key consideration in media distribution strategy is that the formats of storytelling tend to be shaped by their distribution platforms. This has been true since the advent of the printing press, and continued with radio, television, and now the internet. However, there may be a significant difference with the internet: content formats on the internet always seem to be evolving, and evolving quickly. Consider that just in the last few years we’ve seen the rise and fall of Vine’s 7-second vignettes, the mainstreaming of SnapChat’s Stories and daily Discover video compilations, and the rapid growth of Facebook’s Live video platform. The tech companies are defining the future of video storytelling, not the content companies.

The bottom line is that media executives “get this”. They understand they need to adapt their distribution strategies, and many believe they also need to transform the culture of their companies to deal with this new world. Some of them are looking to Silicon Valley for inspiration, and the role of product management in particular.

Hyper-growth internet companies like Amazon, YouTube, and Facebook have a common cultural foundation: they are obsessively user-centric… and the product manager is usually the guardian and evangelist of user-centricity inside these companies. So what does user-centric really mean? Below are some key principles that I believe define it. Not coincidentally, they also represent north stars for media companies as they build direct relationships with their audience.

Make no mistake, these principles are north stars; they’re easier said than done. But without these guiding principles it’s nearly impossible for large organizations to navigate major transformations. Teams need to be motivated by a clear vision and have a set a principles to guide them in their execution of the vision.

If Hollywood is to take inspiration from Silicon Valley, it should focus on the positive ideals that tech-based product managers represent. Below are those key attributes that, in my opinion, define a great product manager.

Not only are these the raw ingredients for product management excellence, they are also the same attributes that media companies need in their leaders throughout their organization. Without attracting great product managers who can drive culture change through example, traditional media companies may lose their influence in shaping the future of digital storytelling. Worst case, they may find themselves fully disintermediated by the native digital platforms.

I do believe big media still holds important advantages over native digital platforms. Large media companies still have a strong grip on Hollywood creative talent and production resources.  They also have an ultra-lucrative (legacy) business model that can organically fuel digital product experimentation and risk-taking. These advantages ought to make the opportunity attractive to experienced product leaders, especially those motivated to build great culture as well as great products.

Given the challenges big media faces, the core principles and attributes of great product management will soon be in high demand across the industry, but they are currently in low supply. This creates awesome opportunities. Hollywood needs Silicon Valley now more than ever. For the right product leader, the opportunity to drive transformation in big media can be very rewarding. It has been for me. 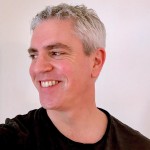 Mike is a long-time media tech & product leader, having worked on new digital businesses for companies like Spotify, Comcast, Viacom, and as a startup founder and CEO. The common thread through his career has been his drive to re-invent the TV user experience, which has not evolved nearly as fast as the other media verticals in response to the Internet. Mike is currently consulting in media and tech. He was most recently Senior Vice President of Product Management at Viacom, responsible for new products, mobile apps, video, monetization, data, and content management platforms used globally by Comedy Central, Nickelodeon, MTV, BET, Paramount Pictures, etc. At Spotify, Mike was responsible for new video businesses, including the exploratory development of a Spotify "skinny bundle" TV service. At Comcast, Mike was responsible for the X1 platform apps and consumer experiences. And going back a decade, Mike was the founder of two investor-backed startups in the digital media and e-learning space. While Mike's career has been dedicated to technology and Product Management, in particular, he is a creative at heart. Mike majored in Music Composition at Middlebury College, and spend his first few years out of school producing music and composing for film.