How Going Part-Time Made me a Better Product Manager

In 2013, before Shared Parental Leave was a thing in the UK, I decided that I wanted to change my work-life balance from full-time to a four-day working week with one day of childcare. Part-time product manager roles are rare, but luckily I worked for an employer who was open to the idea. So after a successful trial period of using paternity leave for one day a week, I spent the best part of five years working a four-day week.

Here’s how it made me a better product manager.

I had less time in the office, so I knew I had to make that time count. I wasn’t working a condensed five days (although sometimes it felt like it), but taking a pay cut to work four days. I became more efficient mainly in two ways: by removing distractions and by improving my time management.

Removing distractions included things like spending less time on Twitter and being more discerning about which meetings I would attend. If a meeting didn’t look like it would add value, I wouldn’t go. Or if I went to a meeting and it was clear it wasn’t useful, I would leave. If a useful-looking article wasn’t immediately interesting, I’d class it as tl;dr and move on.

To improve my time management I planned at the start of the day, booking time in my own diary to complete key tasks each day. This helped me be ready for the morning standup too. I also invested in an action journal as a way to keep on top of my tasks. I wrote notes on one side of each page, and kept track of my to-dos on the other, and I would religiously consult this list every morning. As a result one colleague said I was “a machine with my to-do list” (in a good way). I did not have the luxury of time to procrastinate, so if I had to do something, I would do it straight away. I almost always had close to nothing in my inbox by the end of every day.

Being more efficient meant making my team more efficient too. This meant small things like always having agendas for meetings (and sticking to them), and writing up notes from those meetings and sharing them straight away. I also spent more time helping the team to avoid distractions by keeping us focused on our goals and how we would reach them.

I should mention that during this five-year period I also spent six months working full-time rather four days a week. Was I more efficient? The answer was a resounding no. My time was filled up with more meetings and more decisions that other people could have made easily, and I didn’t feel like I was adding significantly more value now that I had become so effective in four days.

It may seem counterintuitive, but it’s precisely because I spent one less day a week with my team that I became a better leader: I was aware of the fact that for one day a week I had to set up my team for success – without me. On a high level that meant communicating the business goals to the team, and doing it over and over again, so they really understood and internalised our priorities.

Sometimes a product manager can become a bottleneck if the team relies too much on them to make decisions. Naturally there are big decisions that a product manager should always own, like the product vision and roadmap. But within a sprint, there are often niggles where UX designers and developers might disagree on exactly how something should work. I would try to pre-empt those discussions by being very clear in how I expected features to work. If there was a decision to be made on the day I wasn’t there, I wanted the team to know how I thought and to be able to make an effective decision. I tried to do this by explaining my thought process at sprint planning or in any mid-sprint decision point, so I wasn’t just telling people what to do, but why.

I was working on a new product when I first started working part-time, and inevitably bugs would often appear on the day I wasn’t working. Panic stations! Or not. Because the team knew what their overall priorities were, they could effectively assess the priority of any bug and then figure out what was wrong and fix it. They were an incredibly responsible team and they knew they were trusted to make these decisions. I never checked emails on my childcare day and never had to take a call. And when I was back in the office, I never returned to a situation that wasn’t already being dealt with.

As a result of making decisions without me, the developers in particular started to act more like leaders themselves and to take responsibility for their product. I saw a much greater interest in business goals and strategy than I had before, and the output of this was in the team’s great decision-making when faced with a bug when I wasn’t there.

I tried to foster this interest by involving the developers and the wider team in activities such as roadmapping and getting them to submit ideas. It also meant bringing customer support closer to the team, so that the developers would feel a customer’s pain of a bug, or delight at a great experience (hopefully the latter more often).

These are things that a good product manager should do anyway, but the fact that I wasn’t there meant this ownership fostered individual leadership in my absence. And this led to a culture of a highly-focused, highly-motivated and autonomous team that produced great results.

One of the hardest parts of being a product manager is the constant switching of context. One minute you’re writing a functional spec for a user story, the next you’re being asked about your roadmap priorities. When you’re stuck in the detail of standups, sprint planning, retrospectives and the like, it can be hard to see the wood for the trees.

I found my one day a week doing childcare gave me the time to put things in perspective. Not just work generally, given that I had more pressing things to worry about like changing nappies or making a meal, but also my particular product and how to grow it. Stepping away completely from the product manager role, having the space to do something different and then returning to my job allowed me to see things from a new angle.

Surprisingly, even when I was totally immersed in the world of childcare and letting myself go at the (slower) pace of a toddler, I’d get moments of inspiration where I could suddenly see a thorny work question much more clearly, or have an idea of how to solve a particular problem.

I also had more time to reflect on how I acted. As well as pondering growth tactics, I would reflect on my interactions with key stakeholders. Was I giving them the right information at the right time in the right format? How should I broach that difficult conversation? How could I frame my feedback most effectively? This increased awareness made my working relationships stronger.

Empathy is a key trait of any good product manager. As is spending time with customers. On the day that I was not in the office (I didn’t call it “not working” because anyone with children will tell you that looking after them is often a harder job than any traditional work) I was usually at playgroups and playgrounds. And for the first time in my life – as a white heterosexual middle-class man – I was not in the majority. Frequently I was the only man at a playgroup, and this made me more aware of my place in the world and what it feels like to be in the minority. It was an entirely new experience and I think it made me more empathetic to the different types of users we were serving. It gave me more perspective and more self-awareness, reminding me that I wasn’t just building products for people like me.

While I did find increased self-awareness, I also learnt later that, interestingly, my decision to go part-time had been seen by some as a lack of ambition. That couldn’t be further from the truth. Especially given that my five years of part-time working were the most successful and fulfilling time of my career so far – and that’s no coincidence.

Clearly there is still some stigma attached to being part-time. Even the phrase “part-time” can be used pejoratively. And whilst Shared Parental Leave is a great step in the right direction, the take-up has been low and, culturally, this is something we need to address. Part-time isn’t just for parents or carers, as flexible working should be an option for anyone who wants a different work-life balance.

Last December I decided I was ready for a new challenge. In talking to many people – companies and recruiters – I found there was a total lack of any part-time product manager jobs. Even once I’d had a good first interview or call and then broached even the mere possibility of flexible working, I heard the same things – “no, this is full-time only”, “at this stage we need someone really giving their all”, “you could maybe work from home sometimes”.

Now I doubt that this situation is unique to the product world, but shouldn’t we be better than this? I must admit that until I did my job part-time, I would have been sceptical about the ability to be a good product manager while working part-time. We as product and technology professionals spend a lot of time obsessing about the most effective ways of working – from Agile to Lean, Scrum to Kanban – yet we only seem to be able to consider radical ways of working within a rigid five-day week. Surely it’s time to change this? This is one of the real reasons behind the gender pay gap. Why isn’t flexible working more mainstream? 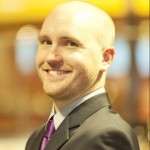 Jonathan Waddingham is an independent product consultant, who runs Products with Purpose. He helps tech for good startups and charities define, refine, and grow their digital products and services. Prior to consulting, he product-managed JustGiving Crowdfunding from an idea to raising over £100m in five years. You can say hi on Twitter or LinkedIn.

Looking after your mental health as a product manager