How I Got My Job in Product: Yoann Grange, Product Manager

Three months into a new position at AB Tasty in Paris, Yoann Grange explains how a degree in languages, a personal project, a blog post and lunch with a Twitter connection helped him to land his role.

I’ve been working in digital products for 15 years and, throughout this time, I’ve found that product management has many faces. I’ve done the job in different companies and in each one, it was a completely different experience. You can be a one-man orchestra going from ideation to monitoring or you can be writing specs on a specific scope, within a large product. It really depends on the company, its culture, maturity and, of course, its core product and value proposition. But, what I love about it, in all its guises, is the challenge of trying to resolve human facing problems.

I joined AB Tasty – a SaaS solution, as a product manager in November 2019. Here the team I work in is made up of seven people (four developers, one designer. one ops and one product manager). We work in two-week sprints, which is pretty common, but we also have what we call six-week, themed races. Here we work on a specific matter during a six-week period (three sprints in a row) in order to deliver more value. We do this because we often find that we don’t have time in two weeks to deliver enough value.

Every two weeks we do a team demo and every six weeks we do a demo based on something from a TV show we have here in France called Top Chef. In this programme, the chefs are assigned tasks, for example, cook an onion! What they cook is then judged by a jury. We do something similar (just without onions). We demo to our team leaders (our equivalent of the Top Chef jury), explaining what we’ve done, the outcome, the metrics we have, the costs and expenses, how we split the work etc, and at the end the team leaders give us a score and notes.

In addition, there’s a constant exchange between teams and day-to-day, my main tasks are to gather feedback, prioritize it, and then follow up. I also ensure that the team has evolutions ready to work on (design, specs and tests) and I work to understand the causes of bugs so that we can avoid them going forward.

My route into product management is probably best described as destiny. Like lots of people, I didn’t know what I wanted to do when I began my degree. I chose foreign languages including English, Spanish, and Italian (which also gave me the opportunity to learn about economics and marketing) and I believe that this experience has helped me significantly throughout my career, especially in product management roles. Consider HTML. It’s just another language and it’s our ability to communicate in different languages that helps you to get people do the things you need them to do. In the end, English, HTML, or any other language, whether functional, programmatic or whatever, they’re all the same, they’re a way of conveying messages and meaning. This is important because getting people to work together still remains one of the biggest challenges I know in product management. This really comes down to communication. You have to be able to make people from product, tech, design, the support function, users, and also the main board of directors work together. Sometimes you have several layers of suppliers too – it’s about making everyone communicate fluently and ensuring that everyone is working towards the same vision.

Other studies I’ve found helpful include an education programme in Paris – Lion by The Family (an accelerator of startups). It was so interesting. I learned so much about companies, product and growth. Then there was everything I learned on the job in small companies throughout the years.

My role at AB Tasty came about partly as a result of something I did a few years ago, in 2016 when I created a series of 25 videos interviews on productpeople.io.

I was trying to understand the differences between product roles, companies, functions, and so on, and one of my interviewees was Adriano Di Marco, product manager at AB Tasty at the time.

Years later, in October 2019, my current manager, Antoine Banctel-Chevrel, contacted me because he’d just seen a blog post I’d written in October 2019 – Agility, speed & cognitive bias. We knew each other because, since the project, we’d followed each other on Twitter. He asked to meet and to have a discussion about an open, product manager role and, as soon as we did, the recruitment process began.

After our lunch meeting, everything happened very quickly – within a week or so  – which was a good sign. I could see that execution was important to the company, and something they did well. First I had appointments with different members of the team (HR, QA and design), then lunch with the whole Nantes team. There were no tricky questions or stress, just honest exchanges about values, history and processes. I felt that I was able to be myself and by meeting with so many members of the team the company and I could be sure I was the right fit.

I took the job and then enjoyed a great onboarding experience too. 100% effort goes into this process – in fact, they dedicate a full week purely to your onboarding – all you do is learn from your peers, learn about the company, the product, the culture, the values, it as a great way to start.

Of the 17 companies I’ve worked in – some for four years, others only three days, they’ve all been different, but the feeling I have at my current company is that there are no tricks. Rules are clear and as long as you put your heart into your work, everything runs smoothly. I feel like I’ve finally found a place where I can be the best version of myself.

Say yes: Always be ready to say yes. These days, every company is becoming more and more “a tech company”. Even in historically industrial companies, there are more open positions for product owning or product management as these companies now understand that they need different tools to interact with end customers.

Persevere: Even if opportunities don’t land at your feet exactly when you want them to, persevere. Don’t change who you are, what you believe or what you enjoy working on. The right role will come your way.

Tell your story: Publish articles about what you work on and what you think – you never know who might be reading them or where they could take you!

Be prepared for change: Whether you’re at an early-stage company with two people or a 1,500-people company with a highly used product, being a product manager is totally different from company to company – each experience you have will be different. Imogen brings more than 10 years of experience in print and digital to her role as Director of Content Strategy for Mind the Product. She specialises in delivering content, of varying types, from blogs and books to videos, news and more. The core of her experience comes from 10 years working as an editor for Bauer Consumer Media, a division of Europe’s largest privately-owned publishing group, and as Head of Content for Benivo, an award-winning startup. 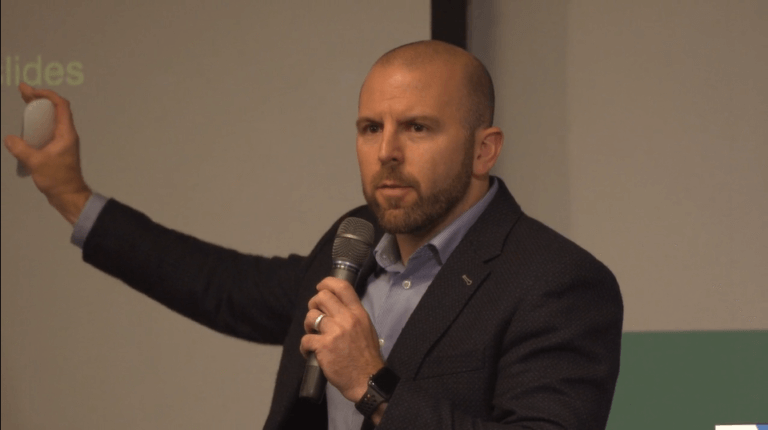 How I Became a Product Manager, by Matthew Vitebsky What Makes A Good Product Manager? by Moe Ali